Ad we draw closer to the official launch of the much anticipated Xiaomi Mi Max 3, we take a close look at the major upgrades between this phablet and its predecessor, Xiaomi Mi Max 2 which was released in May 2017. The major upgrade between these two phablets is centered around the display, hardware, and camera. The Xiaomi Mi Max 3 is scheduled to arrive at 7:30 pm on July 19 and from what we know so far, it comes with a 6.9 inches 18:9 aspect ratio display. Although the screen size of the Xiaomi Max 3 the display size of the Max 3 is larger, the body measurement of this phablet is comparable with the 6.44-inch Xiaomi Mi Max 2 thus you get more content for a similar size. 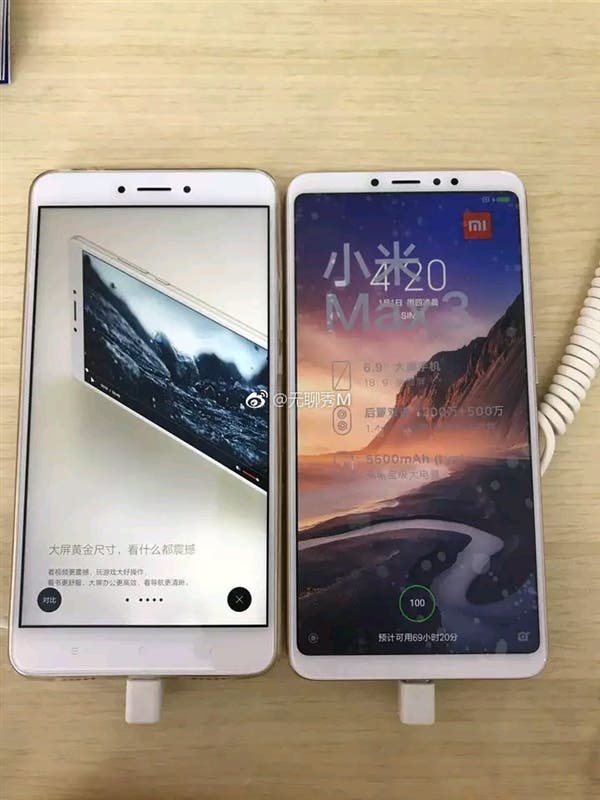 The hardware section is another area where we have seen significant changes. The Mi Max 3 will be equipped with a Qualcomm Snapdragon 636 processor coupled with 6GB of RAM and 128GB of internal storage. Although there should be a 4GB/64GB version. This is a change from the Snapdragon 625 which has been seen in a huge number of Xiaomi devices and its quickly becoming a boring chip for Xiaomi fans. For its battery, the Xiaomi Mi Max 3 will use a 5500 mAh battery which is not much different from the 5300 mAh which keeps on the lights of the Max 2.

The Mi Max 2 was released at a time where dual camera setup was just been popularized thus it did not benefit from the configuration. The Mi Max 3, on the other hand, takes full advantage of the popularity of dual camera setup as it is scheduled to come with a 12MP+5MP dual rear cameras coupled with another 12MP selfie shooter which supports dual-core focus. Apart from these, all other features seem consistent (or near consistent) between both devices except Xiaomi has a huge surprise in store for us.