The Samsung Galaxy Note 9 is all set for an August 9th launch in the Galaxy Unpacked event in New York. By far, there have been a plethora of reports which have hardly left anything to the imagination. We recently reported a lilac purple version of the Note 9 which leaked a few hours ago. 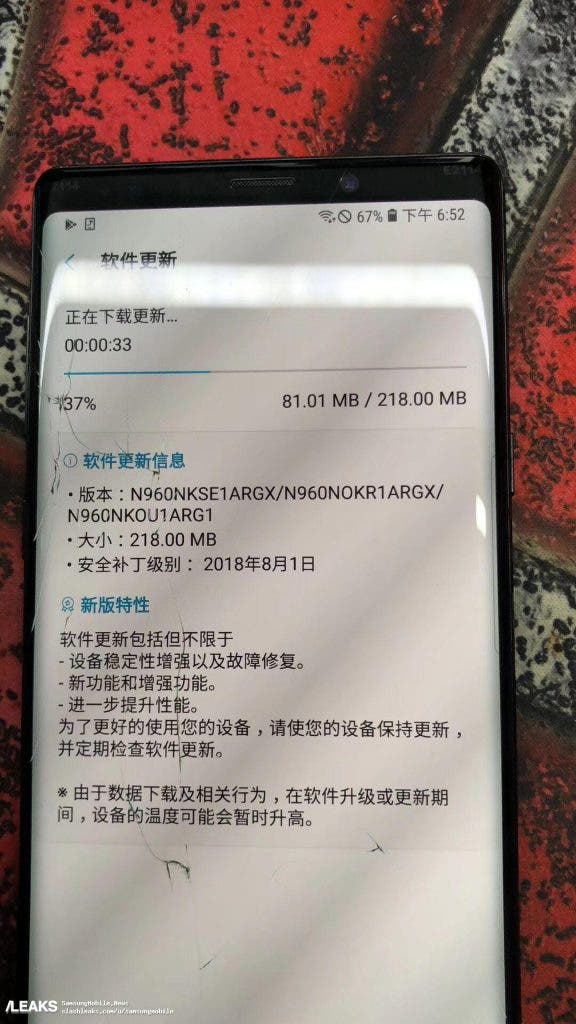 So far, we know that the Note 9 will be available in 3 colour variants, Midnight Black, Coral Blue and Lilac Purple. But reports say that there will be five colours to choose from. Two hands-on images of the Samsung Galaxy Note have made their way online. The pictured images show a Midnight Black variant of the Note 9. The hands-on images reveal nothing but do corroborate with previous leaks, confirming a few speculations surrounding the Samsung Galaxy Note 9.

The Note 9 borrows heavily from its predecessor, the Galaxy Note 8. It follows the same design methodology, an infinity display up top, dual cameras on the back and flagship specifications. The fingerprint scanner has seen a change in its position. It now sits right below the cameras instead of on the side. The Note 9 will likely sport the Snapdragon 845 or the Exynos 9810 depending upon the market. A revamped S-pen is also in tow. The Note 9 launch is hardly a few weeks away. Stay tuned!