That’s not a secret all tech companies are in search of new technologies that can attract new customers. Seems the game industry is what many top brands are focusing on now. At least, Xiaomi doesn’t hide its intentions on it. That’s why it launched tons of new products for gamers mainly. Among them, we should mention the Xiaomi gaming mouse, gaming headset, Black Shark smartphone, and of course, the Xiaomi Gaming Notebook. We can also mention the Xiaomi Mi pad 4 that comes with an emphasized gaming capabilities. But this list is going to be enlarged by another model. Recently, the manufacturer has announced it will announce a new Xiaomi Gaming Notebook at ChinaJoy 2018 on August 3. Today, it released the first warp-up poster on Weibo. Xiaomi expressed the hope that everyone will wait for the awakening of the new performance monster. 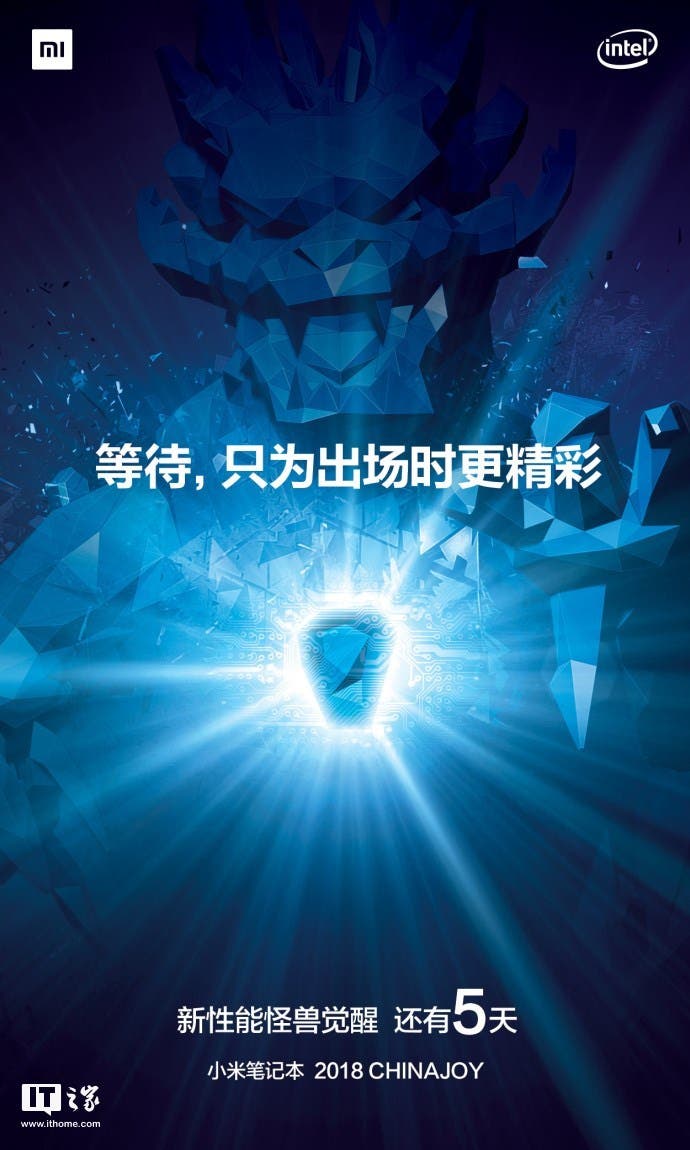 Though the company hasn’t announced anything official concerning the parameters of the new Xiaomi Gaming Notebook, it is reported that the new laptop will be equipped with the eighth generation Intel Core processor. The CPU performance will be enhanced a lot. And it is expected to be equipped with GTX 1060 and GTX 1050 Ti graphics cards.

If you remember, the first-gen Xiaomi Gaming Notebook is packed with an Intel’s 7th generation Core i5/i7 processor paired with a GeForce GTX1050Ti/GTX1060 graphics, 8GB/16GB DDR4 RAM, and 256GB SSD + 1TB mechanical hard drive support. So with this move, Xiaomi will bring the latest generation Intel chips to its gaming laptops.

Previous Chinese Smartphone Market in the First Half of 2018