Some of the more loyal readers will recognize the Turing Space Industries brand name, a phone maker specialized in creating very unique yet unsuccessful phones, such as Turing Phone launched back in February. Well, after the debacle with their first device, the company is apparently back with another very interesting concept phone – the Turing HubblePhone.

The Turing HubblePhone “is” an incredible looking device with four OLED displays and what they call a “foldable design” but it’s actually more like a flip-phone mechanism. As if that weren’t enough, the phone should also pack not one but two Qualcomm Snapdragon 855 CPUs, which is either impossible or useless on such a device – in our opinion. The HubblePhone will support 5G connectivity as well, of course.

Another really neat detail is the camera, apparently positioned on the hinge which reminds a lot of the old Nokia N93. Thanks to this design, the smartphone would be able to pack a much bigger image sensor and lens, with Turing claiming it could go as far as 60MP of resolution (CMOS) and support 15 times optical zoom. 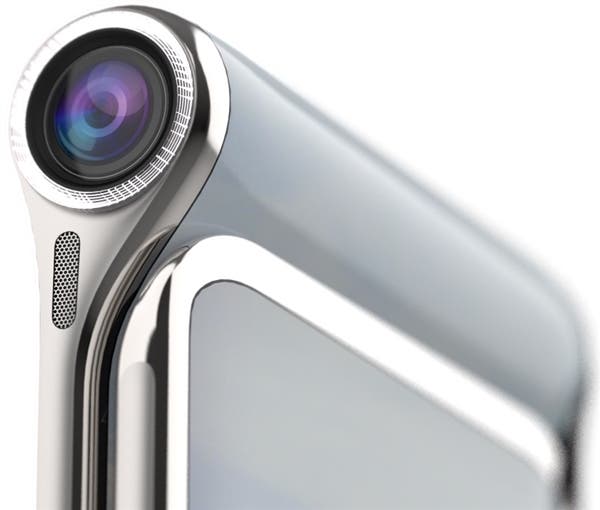 As the handset is divided in two main parts, there will also be two batteries of 2800mAh and 3300mAh capacities. The Turing HubblePhone would then run either Android 9 P or the safer Sailfish 3 OS.

The estimated price of HubblePhone is $2,749 and it’s been “scheduled” to ship to the US market in June of 2020. Meanwhile the Chinese market will have to wait up until September of the same year.