Recently, CounterPoint research provided the Q2 2018 data for the smartphone market globally. Its statistics basically covers all mobile phone brands in the world, and the most eye-catching is Nokia, which is dubbed “oldcomer rookie”. The Nokia brand was at the brink of death when it was revived by a Finnish company, HMD Global. According to the report provided by CounterPoint, the global smartphone shipments showed a slight downward movement relative to last year, which seems to indicate that the smartphone market has entered a stage of saturation. 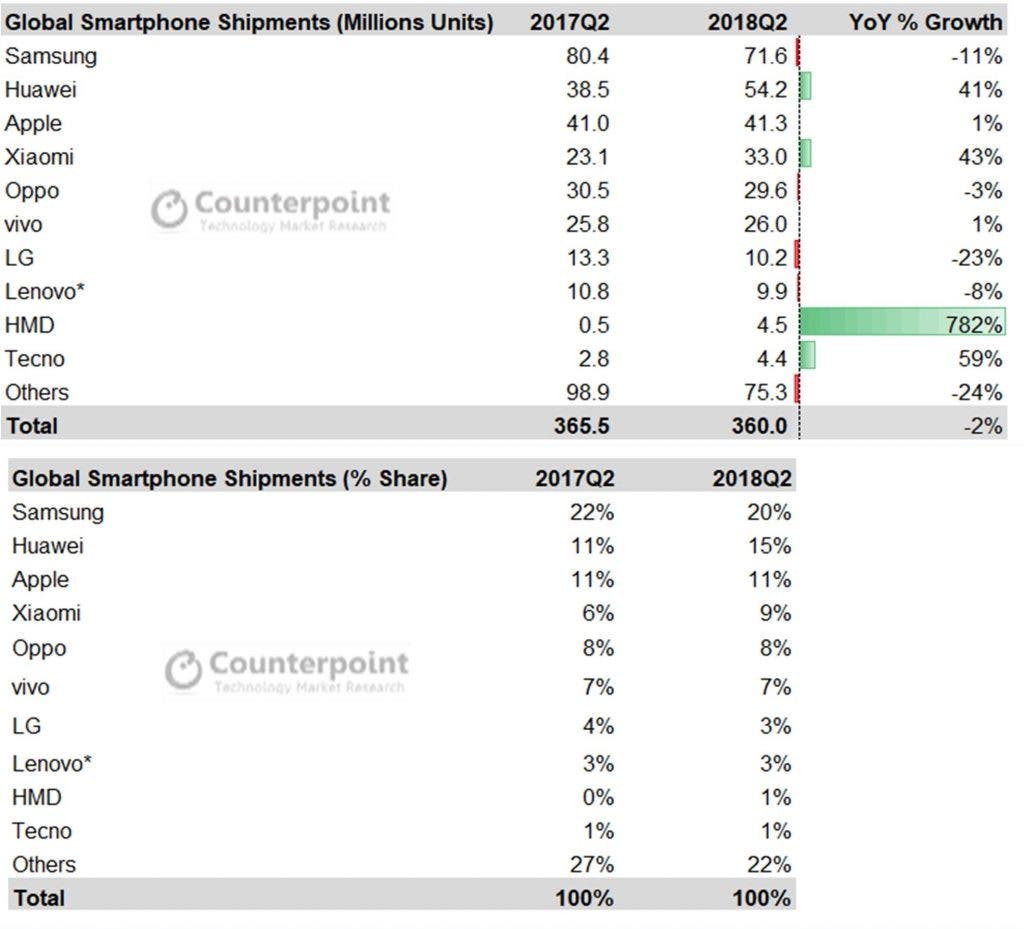 Looking at the top five in Q1 and Q2, there are no new entries and we still have the likes of Samsung, Huawei, Apple, Xiaomi, OPPO and other “oldies”. However, there is a very bright brand in the Top 10 list – HMD, Nokia. In the list, Nokia’s sales growth is very “explosive.” It reached a shocking 782%. Compared to with last year’s 500,000 units, Nokia’s global shipments in Q2 2018 rose to 4.5 million units which about nearly 8 times its previous performance. At the same time, Nokia’s market share has also squeezed into the top 10, ranking ninth in the world in terms of overall ranking. The likes of Sony, HTC, and LG have disappeared from the list.

Next Xiaomi Teases The Notebook Pro 2 Again - Launch Is Imminent