Chinese manufacturing giant, OPPO its new smartphone, OPPO F9. Previous speculations about this device suggest that it will be coming with 4GB of RAM. however, this device just appeared on Geekbench and the information therein is quite different. According to Geekbench, this OPPO F9 model is code-named CPH1823, and it is equipped with a 12nm Helio P60 chip coupled with 6GB of RAM. 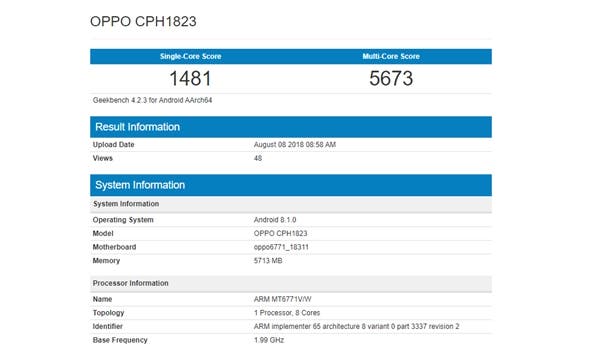 This smartphone runs on ColorOS 5.2 based on Android 8.1 depth customization. On Geekbench, its single-core scored 1481 while the multi-core score is 5673. Looking at the specs of this smartphone, it is a mid-range device with a MediaTek chip. 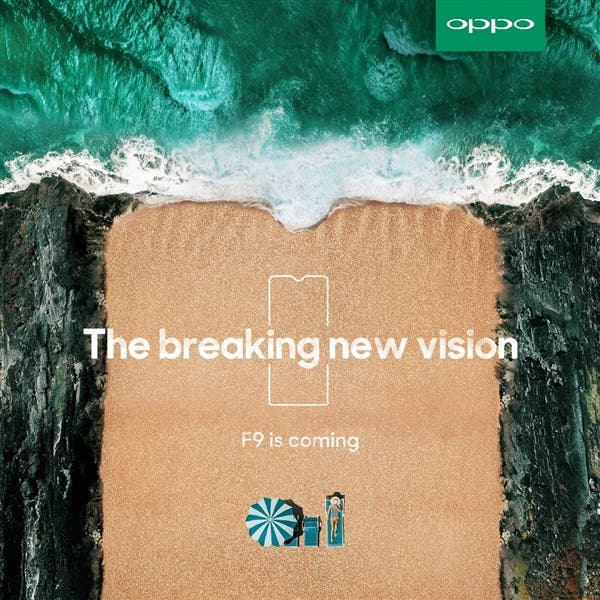 Looking at all the information so far, the OPPO F9 will use a 6.3-inch FHD+ display with water drop screen design. The display has a resolution of 2280×1080, screen ratio of 90.8%, and an aspect ratio of 19.5:9. It will be powered by a MediaTek Helio P60 chip coupled with 4GB/6GB of RAM and at least 64GB of internal storage. In the camera department, we have a rear 16MP + 2MP dual-camera setup and a front-facing 25MP single camera that should be placed in a specially-shaped notch, namely Beauty tip. Powering the phone will be a 3500mAh battery with support for VOOC fast charging (Oppo’s proprietary fast charging tech). Dual SIM support is a part of the package as is 4G LTE. Speculations have it that this smartphone will be launched alongside the Pro version on August 15.

Next Six Sony Models To Get Android 9 Pie From September