Bluboo recently released the new Bluboo D6, a smartphone packing Android 8.1 Oreo OTB and supporting the much popular Face ID unlock function. The company now announced a flash sale for the device going from August 9th till August 15th, in which some lucky buyers will get a chance to purchase the Bluboo D6 for just $5.99. All you have to do to participate is share the purchase link with 3 friends on Facebook.

From the official introduction video, we learn that the Bluboo D6 features an 18:9 aspect ratio 5.5-inch display, it sports 2GB of RAM and 16GB of internal storage, meanwhile MediaTek’s MT6580a 32-bit quad-core processor fuels the device. An 8.0MP + 5.0MP dual cameras can be found on the back of the phone, with a single 5.0MP camera siting on the phone’s front side.

The Bluboo D6 also comes with an ultra-fast fingerprint scanner and Bluetooth 4.0 is included in the package. The phone sports two sim card slots (micro sim + nano sim), while it just supports 2G and 3G connectivity, a 4G enabled version packing a more recent MT6739 CPU called D6 pro is coming later on. Finally, there are three color variants it will be available in: black, red and blue.

As an entry level phone, the Bluboo D6 comes at the very competitive price of $69.99 but, during the global launch promotion, going on from August 9th till August 15th, the smartphone will be available for just $59.99. If you’re lucky enough, you can even get it for $5.99! 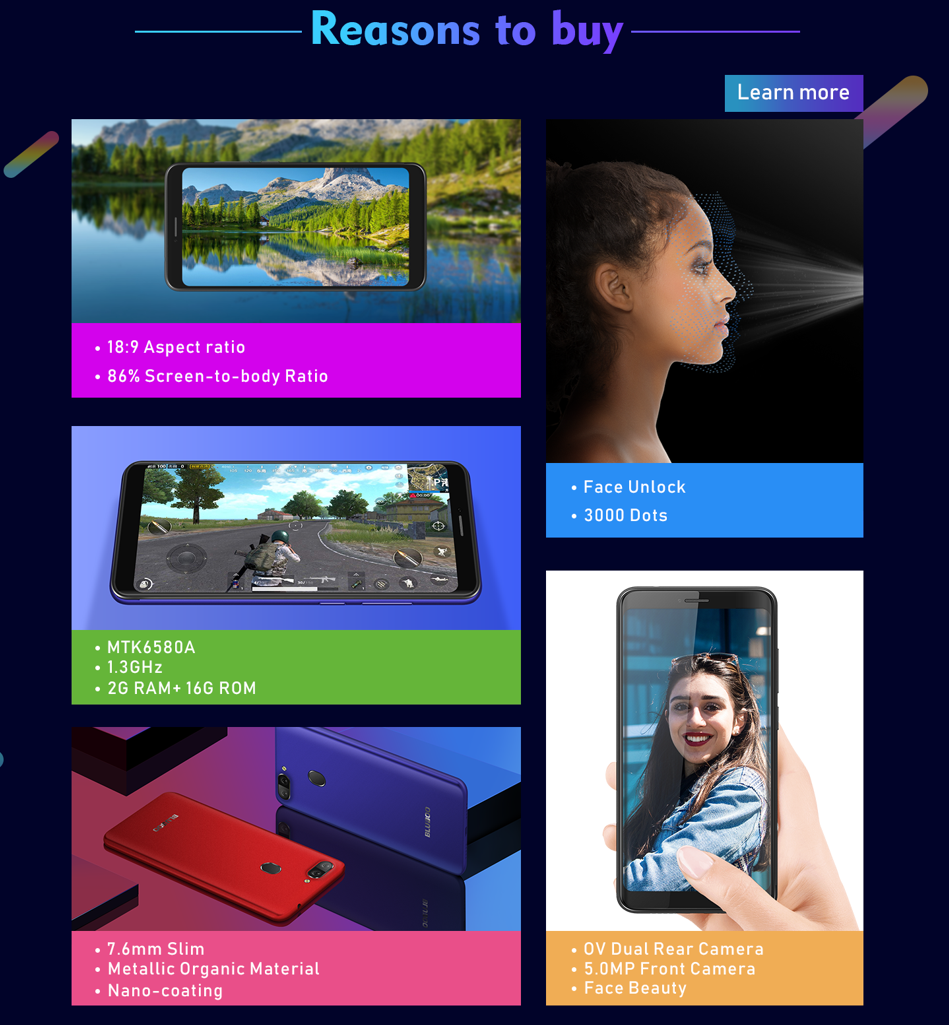