A few hours after having been revealed, the Galaxy Note9 already received the teardown treatment. The teardown was performed by the Russian blog Hi-Tech Mail Ru and reveals some interesting details about the $1,000 king of phablets. 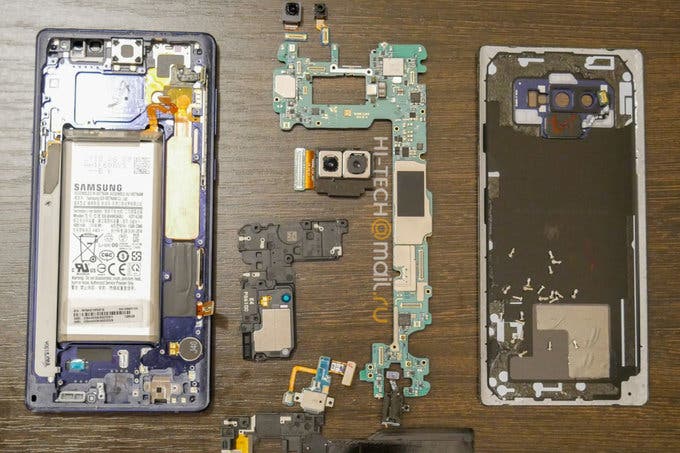 The Russian folks most intriguing discovery is the presence of a huge water-cooling system on the Galaxy Note9. It widely surpasses the technology present on its predecessor – Galaxy Note 8 – that had a cooling system that was more passive than the newer Samsung’s flagship.

Samsung calls its newest Water-cooling system, a “water carbon” one and claims that there is real-water flowing through the smartphone internals. The pipe is made of copper, the same material present in many other high-end smartphones, but in a more generous size.

The S-Pen placement is more tightly than Galaxy Note 8, and the charging port is connected to the motherboard but isn’t part of it, which will facilitate the process of fixing this piece of hardware. In the end, the Galaxy Note9 seems to be a much more refined package and doesn’t seem to break easily, after all, it’s a $1,000 device and no one would be happy to see this hardware failing.