The Oppo R17 debuted earlier yesterday, but it won’t go on sale until August 18. Now, in what looks like an affirmation of the actual existence of a pro variant of the R17 as earlier suggested by China’s 3C listing, a new Oppo smartphone suspected to be the Oppo R17 Pro has just appeared on the Geekbench site.

As expected, the Geekbench doesn’t usually reveal a lot of things, but it is clear from the listing that the Oppo R17 Pro will ship with the  Snapdragon 710 chipset coupled with 8GB of RAM, while the storage space would most likely not exceed 128GB.

Aside from the SD 710 SoC, the Oppo R17 pro as per a recently leaked poster is set to launch with an in-display fingerprint sensor as well as a triple rear camera setup. 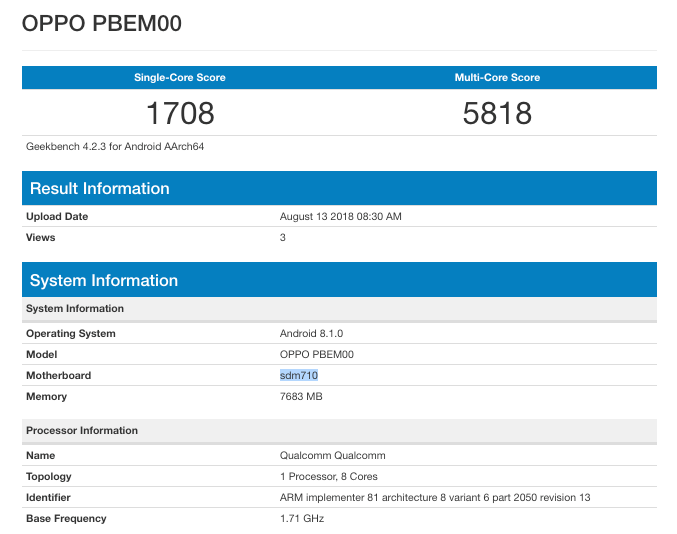 We are not sure what other differences that might exist. However, we will update you when we will get more information about the phone.