Last month, Samsung decided to delay the Android 8.0 Oreo update for the Galaxy J3 (2017), claiming that it wouldn’t be ready until September. While this estimative seems to be correct, the company already started the rollout process for this specific device.

Worth noting that this update seems to be limited to some regions since it has been spotted only in United Arab and Russia. However if nothing wrong happens or no nasty bugs are discovered during this first batch of update, we believe that the company will expand the Oreo availability to more regions in the coming weeks. 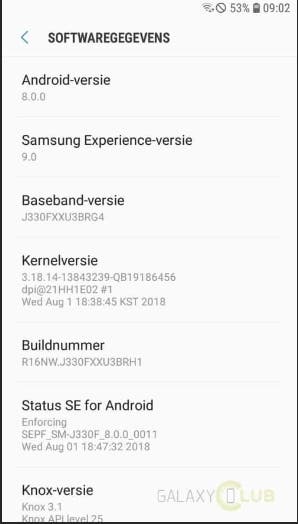 The Android 8.0 release for the Galaxy J3 (2017) contains all the goodies introduced by Google with the 2017’s Android version. That includes the picture-in-picture mode, Auto-fill API, Notification Channels and more. The update contains the June Security Patch which is rather old, considering that we’re already in August and Google already delivered the patch for this month. The update has been labeled as 330FXXU3BGH1 in Russia, and J330FXWU3BRG3 in the UAE.

Alongside the Galaxy J3 (2017) other two smartphones were expected to receive the Google’s 8.0 Cookie – Galaxy J5 (2017) and Galaxy J7 (2017) – but apparently those won’t taste Oreo until December. Last but not least, worth to mention that Android 8.0 Oreo isn’t the latest version of Google OS anymore, and phones who have missed the update-bandwagon in the past seven months, will be receiving an outdated version of Android considering that Android Pie 9.0 is already there.

Next OPPO R17 To Be Announced in Shanghai on August 23