In early August, Honor launched the new color of the Honor 10 GT, namely the Lily White. This new color is the fifth color after the phantom purple, phantom blue, seagull gray, and night black. Among them, the 6GB+64GB version is priced at 2,399 yuan ($348), while the 6GB+128GB version is priced at 2,799 yuan ($406). This morning, the Honor 10 GT Lily White was officially released. It is priced identically. 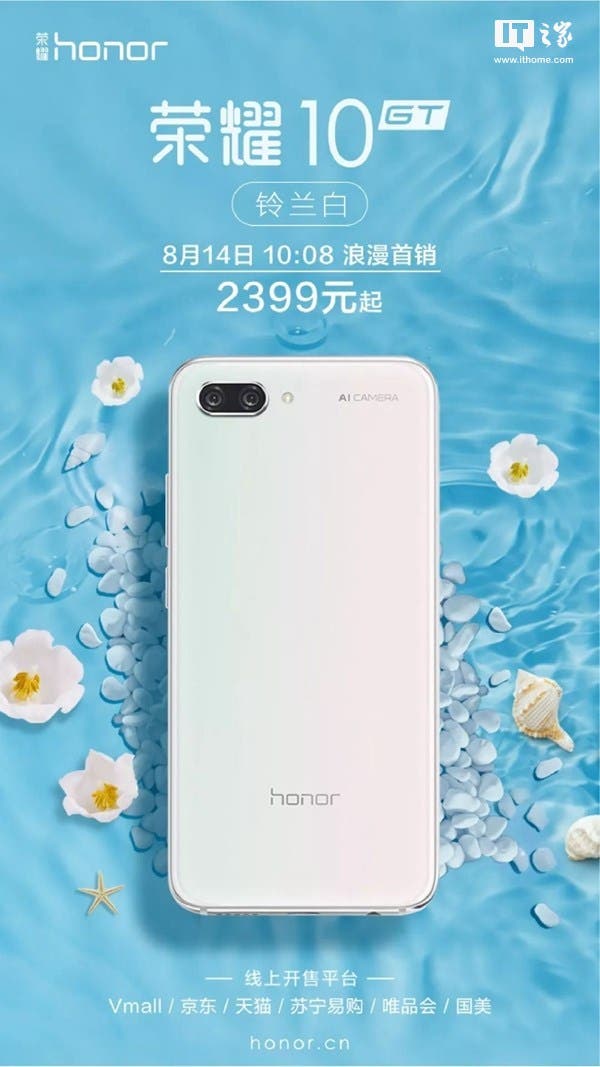 The Honor 10 GT Lily White adopts the color-changing aurora coating process, while at the same time, the 3D curved glass is polished at a depth of four corners. That’s why it looks like a jade when holding in hand.

However, the core features remain the same. Thus, the Honor 10 GT Lily White that is mainly designed for females still sports a Kirin 970 processor coupled with 8GB of RAM and 128GB of internal memory. By the way, this is the first 8GB phone this brand. It is also equipped with a 5.84-inch display with a notch and narrow side bezels. In terms of the camera, we have a 24MP+16MP dual AI rear camera coupled with another 24MP shooter upfront for selfies. The lights of this smartphone are kept on by a 3400mAh battery. 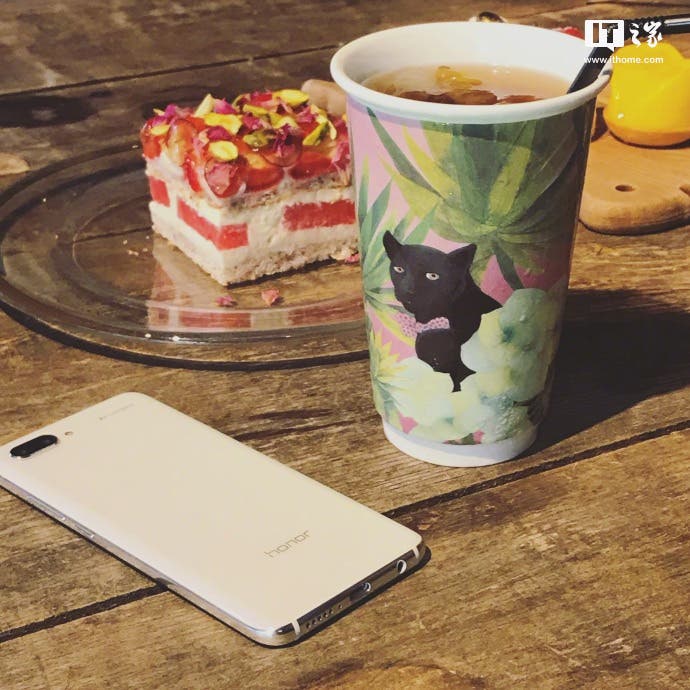 One of the biggest selling points of the Honor 10 GT Lily White is the GPU Turbo support. According to the official notes from the GPU Turbo launch, this technology has opened up the processing bottleneck between EMUI operating system and GPU/CPU. Since it improves GPU and CPU performance, it could be the ultimate solution to hardware stacking in Android devices. For now, only Huawei devices have this feature but the company does not intend to monopolize the feature like its Kirin chips. If its performance is significant, then it wouldn’t take long for other OEMs to key into the GPU Turbo program.