We have heard Huawei’s Kirin 980 flagship chip will be released on August 31. So we’ll get more leaks concerning its parameters and improvements made. Today, this SoC spotted in benchmark screenshots showing quite expected but amazing features. According to the images published by Sina, the Kirin 980 uses a 7nm process technology and has four Cortex-A77 cores clocked at 2.8GHz as well as four Cortex-A55 small cores. From the perspective of CPU architecture and manufacturing process, its performance is very worth looking forward to. 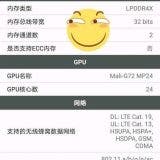 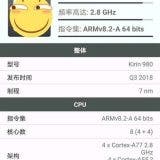 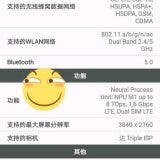 The GPU has always been a short board of the Kirin processors. However, on the Kirin 980, Huawei actually adopted the Mali-G72 MP24 GPU. The 24-core graphics processor doubled compared with the previous generation, and the performance improvement is obvious too. In comparison, the Kirin 970’s Mali-G72 MP12 has only 12 cores, and GPU performance is difficult to compete with Qualcomm Snapdragon 845. Actually, we have heard something about GPU and presented in an article where listed the main improvements coming with this chip. But it turns out instead of using the G76 architecture, it is using a 24-core architecture

A few days ago, Huawei has issued an invitation to announce that the Kirin 980 processor will be officially unveiled at the IFA on August 31. Also, we should note this is the world’s first commercial 7nm SoC. The Huawei Mate 20 series will be the first model to come with this processor and is expected to be released in October. It is been rumored the Huawei Mate 20 uses a 6.3-inch AMOLED screen, the mentioned Kirin 980 AI chip, a 6GB RAM + 128GB ROM memory combination, a built-in 4200mAh battery which supports wireless charging, and an on-screen fingerprint identification.

Next Xiaomi Ranked First in India for 4 Consecutive Quarters