If you’re not familiarized with the Chinese Contemporary culture, you probably don’t have a clue of who Jackson Yee is. Actually, he is a popular singer, dancer, and actor. He is a member of the Chinese Boy band, TFBoys. The teaser image reveals that the smartphone will come with a new exclusive purple box with the singer’s signature engraved at the top. It also confirms the smartphone release for November, but don’t specify the exact release date. 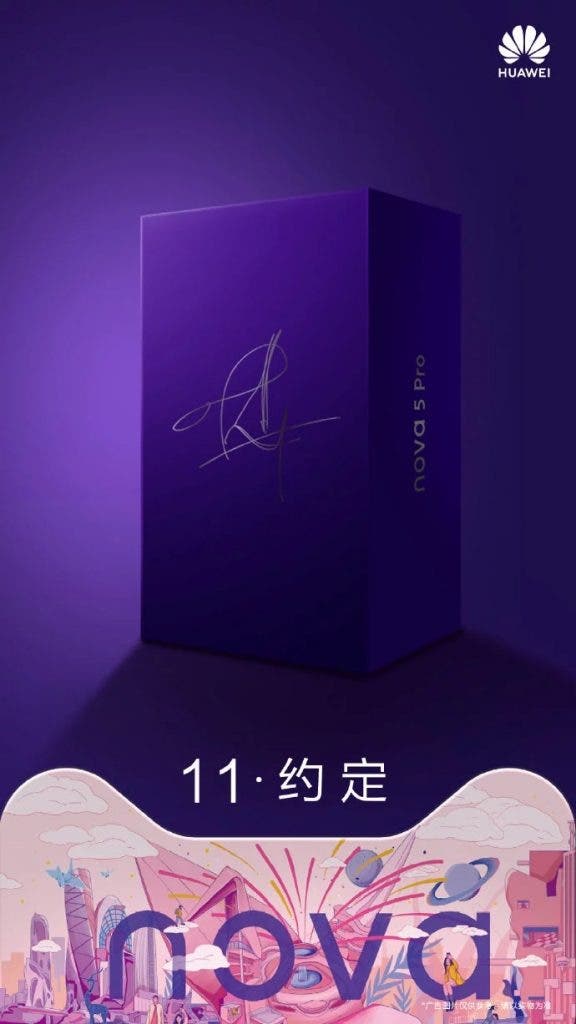 Worth noting that special gifts that aren’t found in the regular edition will come in this new limited edition. It should include a signed case and memorabilia as well as an invite to a concert. When it comes to the specifications, the Jackson Wee edition should retain the same specs found in the regular Huawei Nova 5 Pro.

The Nova 5 Pro boasts a  6.39-inch 2340 x 1080 screen with OLED technology and an in-display fingerprint scanner. Under the hood, we can find the Kirin 980 SoC paired with 8GB of RAM with up to 256GB of storage. The quad-camera department comprises a 48MP camera, a 16MP ultrawide angle camera, a 2MP macro camera, and a 2MP depth sensor. It has a 32MP selfie snapper. The handset draws power from a 3,500mAh battery with 40W fast-charging support. Bluetooth 5.0, NFC, and EMUI 9.1 based on Android 9 Pie make the complete package.

Next Lei Jun: Xiaomi will release 10 5G phones next year