As we all know, the Chinese mobile phone market is already saturated, and the brutal competition has forced many international smartphone giants to break out of the Chinese market. For Chinese smartphone manufacturers, the effect of developing foreign markets is much better than that of the domestic market. And it’s easier to enter the Asian, African and Latin American markets rather than European and North American markets. In this sense, India is one of the biggest potential markets. That’s why many Chinese phone makers including Xiaomi, VIVO, and OPPO have already entered the Indian smartphone market. 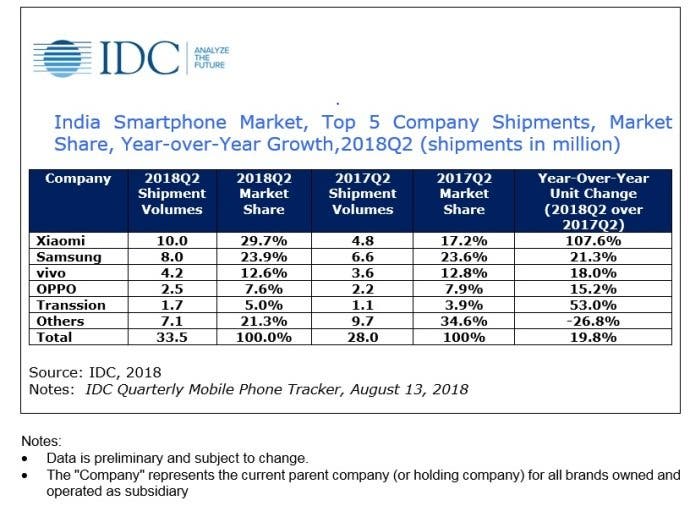 Just this morning, Wang Xiang, global senior vice president and head of international business at Xiaomi, said in Weibo that according to IDC’s latest report, in the second quarter of 2018, Xiaomi continued to lead in the Indian market, ranking first in the market for four consecutive quarters.

At last, IDC’s report shows that the average selling price of smartphones in the Indian market is rising and has now reached $167. Some analysts pointed out that almost all smartphone brands sold in the Indian smartphone market have launched financial services for physical sales channels, raising the threshold for consumption.

Next MSI WS65 Announced With Core i9 and NVIDIA Quadro P4200