A couple of days ago, Honor officially released the new Honor 30 line smartphones. The original model sports the Kirin 985 chip. This is the company’s third 5G SoC. So it got a lot of attention. Today, the manufacturer official announced its AnTuTu running points.

The Kirin 985 is manufactured using TSMC’s 7nm process. It integrates a single-chip 5G baseband solution without plug-in. It supports 2G / 3G / 4G / 5G network standard and NSA / SA 5G dual-mode. The theoretical maximum downlink rate is 1277Mbps and the uplink rate is 173Mbps. The combination of Snapdragon 865 + Snapdragon X55 is about 40% and 75% faster, respectively. 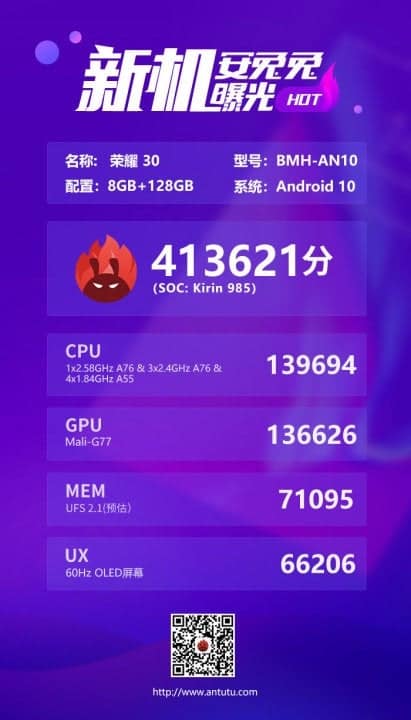 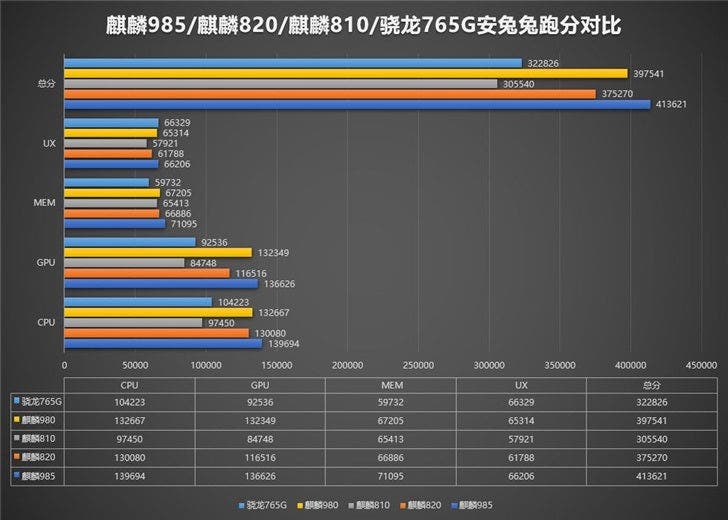 In addition to the Kirin 985 chip, the Honor 30 also uses a 6.53-inch OLED screen. There is quad-camera on the back coming with 40MP super-sensitive main sensor + 50 times periscope super stable telephoto lens + 8MP wide-angle + 2MP macro lens. The phone supports under-screen fingerprint recognition technology. Under the hood, we can find a 4000mAh battery, which supports a 40W super-fast charge.

Next OnePlus 8 and 8 Pro: a first OxygenOS update is already available