After scheduling an event for late August, Nokia is bringing additional heat to the teaser campaign. The Finnish company’s latest tweet has the #BringItOn hashtag to point out the possible Nokia 6.1 Plus release scheduled for August 21.

Worth noting that until the moment Nokia Mobile India hasn’t specified that the referred event will reveal the Nokia 6.1 Plus. But considering timing the handset seems to be the obvious choice to deal with Xiaomi’s reign in the country. Also, the support page for the Nokia X6 – a.k.a Nokia 6.1 Plus – appeared in the company’s local Indian website in June.

We are thrilled to bring you the Nokia smartphones event for the most awaited phone. Stay tuned to #BringItOn with #NokiaMobile pic.twitter.com/v1ZHBnTSri

The notched smartphone was released in China as Nokia X6 back in May. Despite the fact that the handset was launched as a China exclusive, Juho Sarvikas (HMD Global Chief Product Officer) teased the handset availability outside of the country a few weeks after the launch. Later in July, a Global variant of the Nokia X6 was released with the Nokia 6.1 Plus moniker. 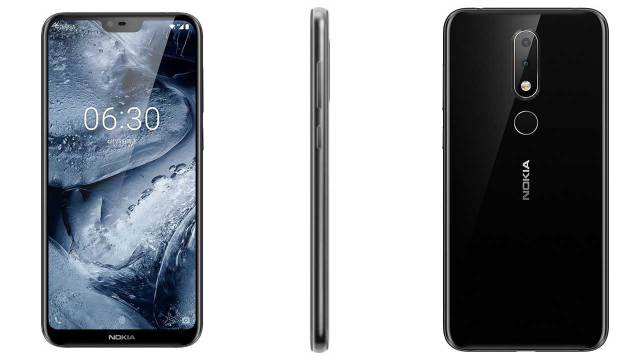 Nokia 6.1 Plus brings the new king of mid-range category the Kyro-powered Snapdragon 636 alongside 4GB of RAM and 64GB of Storage. This is the first Nokia smartphone to embrace the nocth right above the 5.8-inch FHD+ display that has a 19:9 aspect ratio. On the camera department the handset boasts a 16MP+5MP setup on the rear and a 16MP single selfie snapper in the notch.

If the handset is indeed scheduled to come in the next week, we expect to see some more details or leaks about it popping out until the big day. So stay tuned for more, and don’t forget to set a reminder for August 21.

Previous Sony disclose its schedule for Android 9.0 Pie update and what phones will get it

Next Motorola One with SD 625 surfaces on Geekbench