A new Motorola device has just passed through Chinese TENAA regulatory agency. The device in question seems to match the previous rumors and leaks about the Motorola One, that is scheduled to launch soon alongside the One Power.

The device which got the certification goes by the model number XT1941-2 and brings the same premium glass build on the rear with a polished metal frame. Furthermore, the image reveals the vertically-aligned dual camera sensor on the rear. On the middle, the handset features the traditional Motorola’s logo that possibly doubles as the fingerprint scanner. 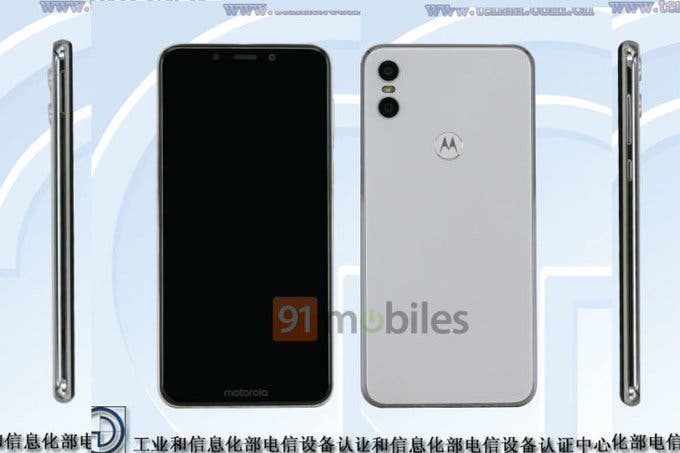 Moving to the front panel the Motorola One will follow the Motorola P30 and embrace the loved and hated trend of notched displays. On the bottom side, there’s a small chin that will serve to house the company’s logo. On the right side of the frame, the handset brings the Power button and volume rocker.

When it comes to the specification TENAA listing still doesn’t bring the more complete details about this smartphone. However, it confirms the 5.86-inch display with a 19:9 aspect ratio and the 3,000mAh battery. Yesterday, a leak spotted in GeekBench database revealed the presence of Snapdragon 625 and 4GB of RAM. Last but not least, the handset will feature Motorola’s ZenUI in China and Android One in other regions.

Both the Motorola One and One Power should be revealed on the next month. With the rumor mill getting hot, we suppose that more leaks will come in the next days. So, stay tuned for more!