With a page already dedicated to the device on Vivo’s official site, we know its only a matter of time before the device is fully made official, but just ahead if that, the device has passed through one of the various pre-release tests.

A Geekbench listing for the Vivo X23 with model V1809A has been spotted resulting in the confirmation of a key feature of the upcoming device. While previous leaks suggest the device will pack the SD 670 SoC, the listing says the X23 will come with the newly unveiled SD 710 SoC coupled with 8GB of RAM. The device delivers a 1728 and 4408 for single-core and multi-core tests, respectively, and is tipped to boot Android 8.1.0 Oreo out of the box.

Two vivo made smartphones with model numbers V1809A and V1809T were earlier this month certified by the 3C with 22.5w chargers similar to that of the Vivo Nex. Both these devices are said to be different variants of the vivo X23, however, the one with the model number V1809T is tipped to be a more premium option compare to the current Vivo X23(V1809A).

As per yesterday’s listing by Vivo, the Vivo X23 is tipped to come with a familiar external design – a streamlined bezel all around, iPhone-esque dual rear cameras with A.I, a 3D glass Aurora design which allows vivid colors from every direction reflected from its the outer coating. Vivo is yet to deliver on its promise of unveiling the full specs today, but we do know the device will come with an improved under-display fingerprint scanner for enhanced phone unlocking experience, and that is expected to be assisted by a 3D face recognition feature. 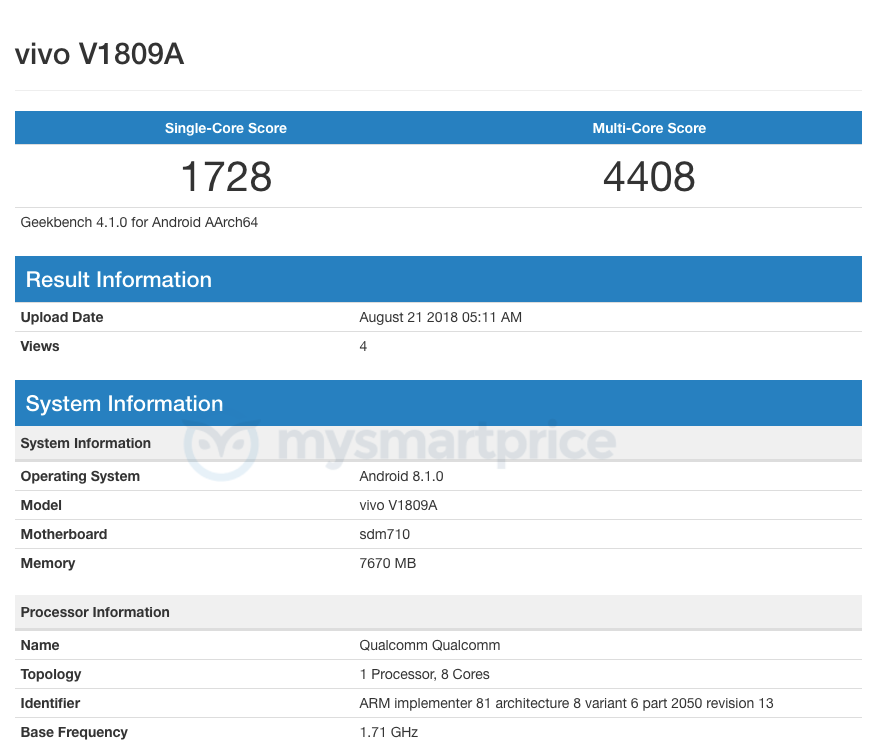 We will bring you the full specs and pricing update when such becomes available.