Earlier this year, Xiaomi Ecological Chain officially launched the Xiaomi Aqara Smart Door Lock S2 with a starting price of 1999 Yuan. When then this product was released in May, it came only in a piano black colour. Now, the company has released the more premium titanium ash version and it is selling for 1699 Yuan ($249). 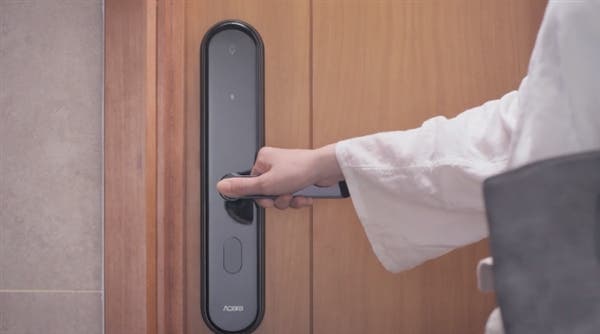 The Xiaomi Aqara smart door lock S2 uses a fingerprint sensor from Swedish FPC semiconductor and it seamlessly handles a 360-degree accurate recognition and one step unlock. It can be intelligently linked with many Aqara devices. For example, when you turn on the door lock at home, the lights in the house automatically light up, the water heater starts to warm up, the curtains are quietly opened, and so on. All these depend on the settings that you desire to use. For Safety, the Xiaomi Aqara smart door lock S2 uses a C-class lock core and it is resistant to drilling, smashing and can effectively repel shackles. When this door is tampered with by an intruder, the lock immediately sends an alarm via the mobile app.