The crescent wave of leaks and rumors pointing to the Xperia XZ3 launch are turning plausible the possibility of a release during the IFA 2018. The first rumors pointed that the Xperia XZ3 would follow its Premium predecessor with a dual camera setup. However, recent leaks, are pointing out that Sony has completely buried this possibility, in favor of a single camera setup. A new press renders surfaced today, courtesy of the folks at MySmartPrice, revealing the handset single-camera and its display with large bezels. 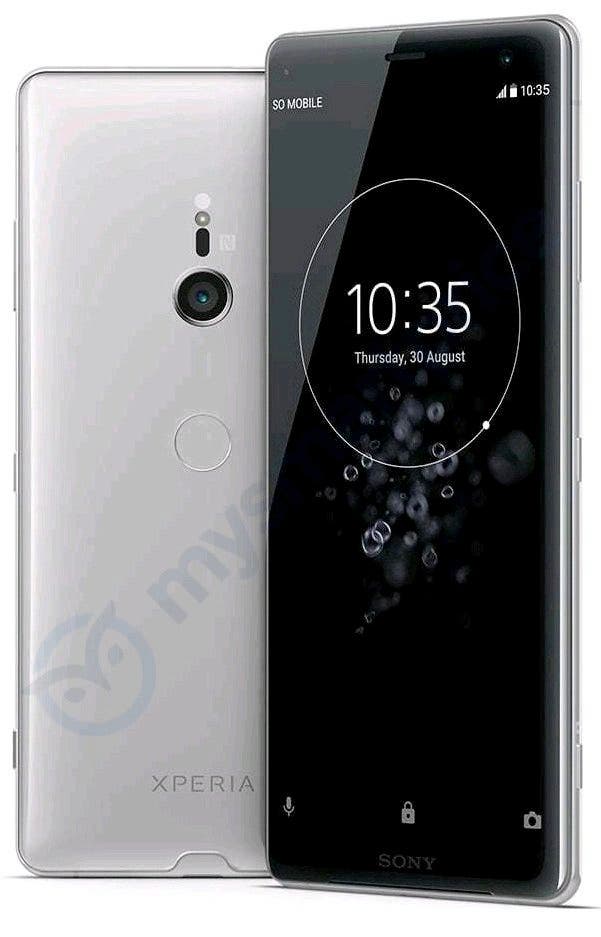 The source has been quite accurate with the latest leaks, so it’s pretty safe to assume that the render above is pretty close to what the handset will look like. The first question that may come to your mind is: “Is Sony Going Backwards?”

In counterpart, to the Sony Xperia XZ2 Premium, the new smartphone will bring a single-camera setup. Before we go taking any conclusion, worth noting that this handset is rumored to debut Sony’s newest IMX586 48MP Sensor. So, if the company manages to make an outstanding single-camera that bypass the need for a secondary sensor, then there is nothing to complain about. On a side note, Google will be taking the same route with the Pixel 3 XL and will work in a super-single camera.

However, what still disappoints most of the audience is that Sony simply can’t reduce the bezels of its smartphones. The advent of 18:9 and notched-smartphones brought us the possibility of having much larger displays with a better space usage – Screen-body-ratio – despite this, Sony Xperia XZ3 will still pack larger bezels on the front, making it seems a bit outdated.

When it comes to internals, the handset will not disappoint. As a flagship, we can expect the Snapdragon 845 chipset paired with 6GB of RAM and up to 128GB of Internal Storage. NFC is one of the confirmed features, alongside a rear-mounted fingerprint scanner. Last, but not least, Sony hasn’t confirmed the smartphone arrival, so for now, we can just speculate. While it may come on IFA 2018, there still a chance that the Japanese firm will hold the launch for a late date.