It’s no more secret that Huawei’s Honor sub-brand has a new phone in the works that could be unveiled soon. The Honor 8X has leaked out a couple of times and has even picked up China’s TENAA certification, but nothing has been revealed about its unveiling date until today.

Today, Honor has released a bit of information about the upcoming device. While we only know of the Honor 8X, Honor earlier today via a Weibo post has revealed that the Honor 8X won’t be released alone, it will be accompanied by the Honor 8X Max, and are both expected to be officially announced on September 5. 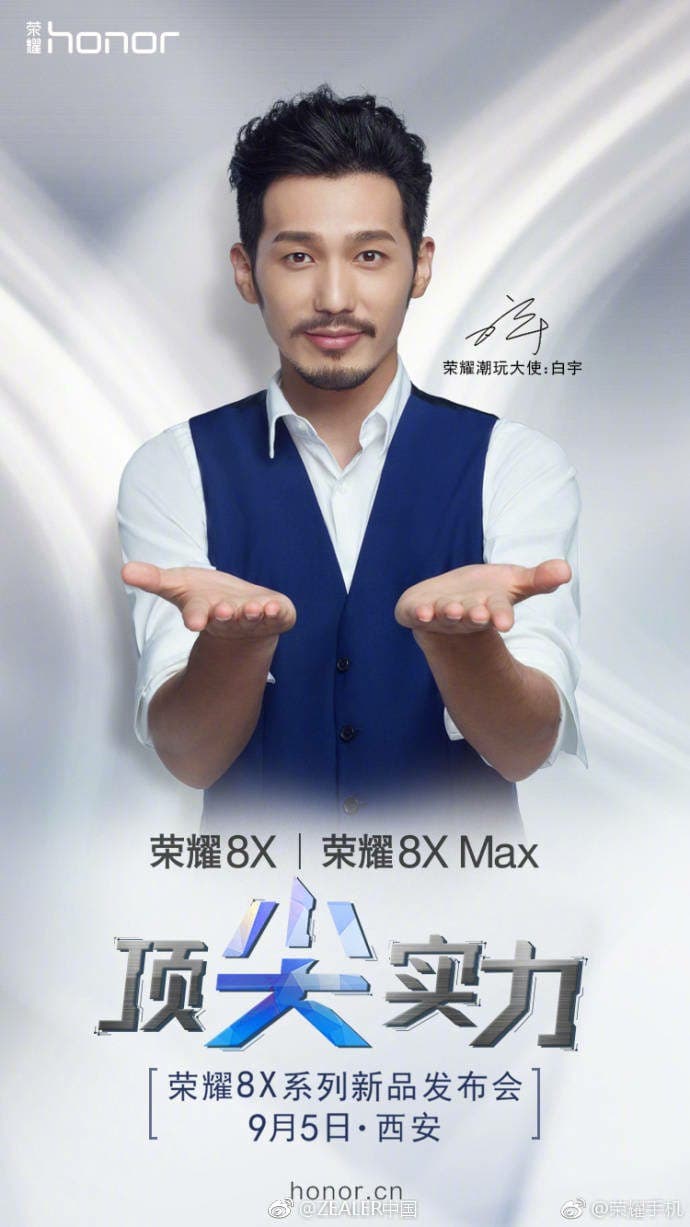 The device had earlier popped up on TENAA a few days back, but with little or no specs details, so it is quite difficult to predict what else we should expect from both devices.