Chinese manufacturing giant, Meizu, surprised the smartphone community by unleashing a Snapdragon 845 smartphone for less than $400. The Meizu 16 and 16 Plus which was released some days ago is already on sale and all attention is now geared towards the upcoming Meizu 16X. Meizu founder, Huang Zhang, has confirmed that this smartphone is not much different from the other smartphones in the series and the major difference is in its processor. However, Mr. Zhang keeps confirming some salient details about the Meizu 16X on the Meizu community. 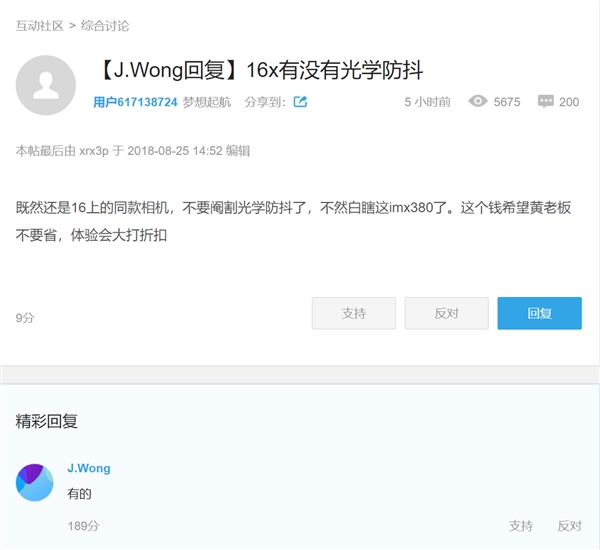 We already know that this device will come with a similar 12MP+20MP dual rear camera setup coupled with a 20MP front snapper just as we have on Meizu 16. The Meizu 16 series comes with 3x zoom and four-axis optical image stabilization and the presence of OIS in the Meizu 16X has been confirmed by Mr. Zhang. From this point of view, having the same CMOS as Meizu 16th, Meizu 16X imaging effect is worth looking forward to. 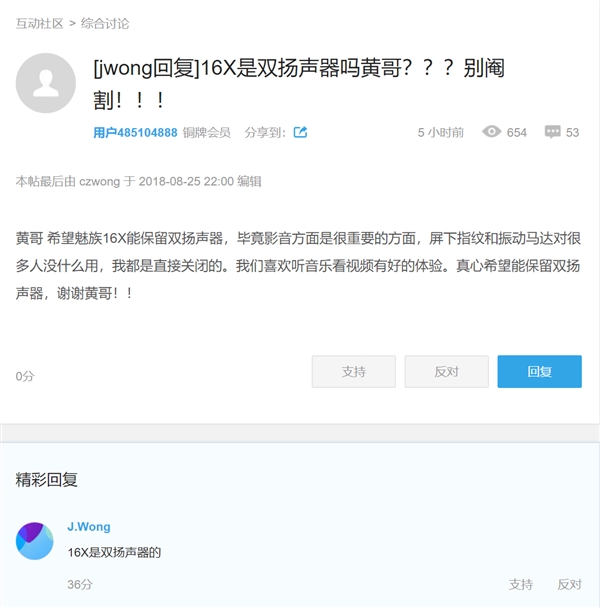 In addition, a Meizu community member asked if the Meizu 16X retains dual speakers and the answer was positive, roughly translating to “Meizu 16x is a dual speaker.”  While the Meizu 16 and 16 Plus come with a Snapdragon 845 processor, the Meizu 16X will sport the recently released Snapdragon 710 SoC which is a quasi-flagship chip designed to bridge the gap between SD600 series and SD800 series. Just like the Meizu 16th, Meizu 16X also supports and on-screen fingerprint recognition sensor and it has a larger battery capacity.

Next Mass shipments of Kirin 980, world's first 7nm chipset, to start next quarter