HydrogenOS is the known Chinese alter-ego of the Custom Vanilla Android OxygenOS ROM that ships on the Global OnePlus smartphones. However, the main difference between the two is that HydroigenOs doesn’t come with the pre-loaded Google services.

While the Chinese distribution isn’t so popular it has a long history of receiving updates before OxygenOS. Just now, it received the second beta based on the latest Android 9.0 Pie version. More shocking is the fact, that it already brings the September Security Patch. 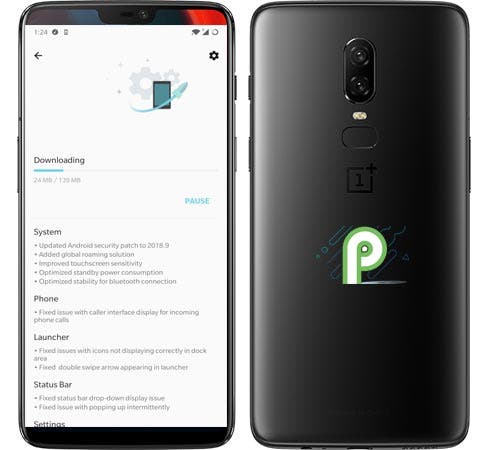 It’s no secret that Google ships its monthly security bulletins for manufacturers long before an official release. However, it’s amazing to see September patch making its way to Android, before the end of August.

A screenshot was posted in the OnePlus Official Forums, showing the complete changelog of this update.

The update brings a ton of fixes and improvements to the Software, along with the newest Security Patch. Worth noting that the first Android Pie beta of H2OS was far more stable than the stock developer previews. So, it’s natural to expect a far more stable build. That along with OnePlus tweaks and features.

If you’re feeling adventurous enough, you can follow the source link, download the zip and flash the ROM through TWRP. But if you’re already running H2O OS, just wait for the OTA update.