Just about the time, Vivo announced the notch free Vivo Nex with a pop-up camera, Oppo responded with the announcing of its ambitious Oppo Find X – a smartphone that not only defines what a truly bezel-free phone should be but also revolutionized the Pop-up camera introduced by Vivo. It’s been months since it was first released, and while many reviewers have adjudged it an instant winner,  there have been mixed feelings about the reliability of the mechanical parts of the camera system.

Now, in order to enhance the device’s functionalities, Oppo is pushing out a new update to the device. Though a minor one, the update with model number CPH1871EX_11_A.07 weighs just 153MB is available OTA, and comes with improvements in camera stability and effect, so you are expected to experience some minor improvements in photo capture, video recording, and the different modes. 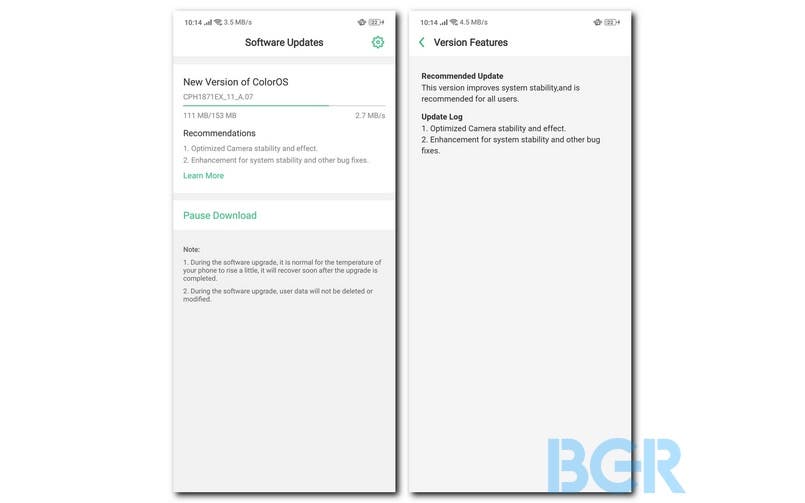 Though not yet confirmed, we’re hoping the August security patch is part of the update. Just in case you are yet to receives the OTA update, we ask that you be patient a bit, otherwise, you can always manually check for the new version through Settings > Software update.