It’s not more news that Vivo is working on releasing a sequel to the Vivo X21 which is barely 5 months old in the shelves. Dubbed the Vivo X23, the upcoming device has popped up a couple of times already through various leaks and certifications, so we already do know a few things about the device.

Although previous leaks suggested the device was scheduled to officially launch on August 20, that never happened, instead, a reservation page with a few details of the device popped up on Vivo’s official site. Now, Vivo has officially confirmed the Vivo X23 with a water drop notch, a high screen to body ratio and Vivo’s fourth generation of the under-display fingerprint scanner will be launched on Sept. 6 at about 7:30 pm in Beijing, China.

From what we know so far, there are indications Vivo will be offering the Vivo X23 in two variants: a Vivo X23 with the with Snapdragon 670 SoC as spotted on the Master Lu benchmarks and another with the Snapdragon 710 as seen on the Geekbench. 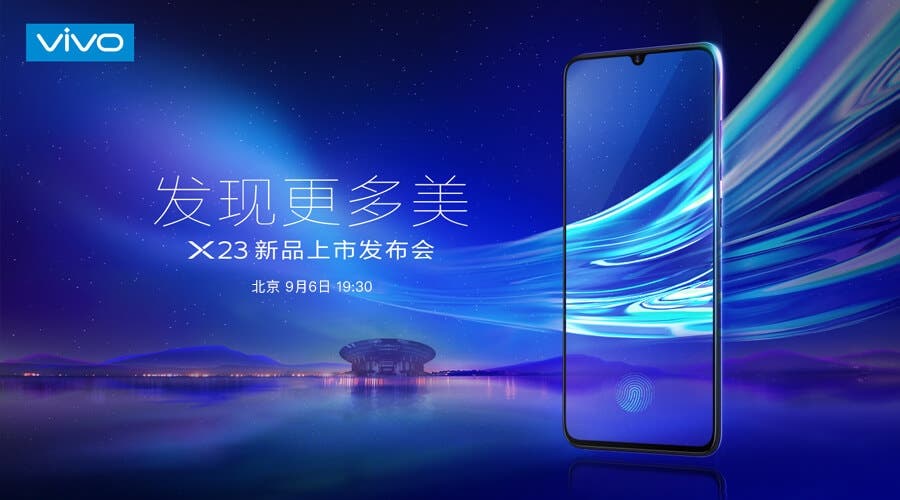 This announcement sort of put an end to the series of confusing reports trailing the Vivo X23 official unveiling, so we definitely would be seeing the X23 unveiled in a few days time. We will keep you posted when the specs and pricing are revealed.