Just as expected, most of the “first class” manufacturers in the smartphone industry are working assiduously to bring the Android 9 Pie update to its smartphones. On August 7, Google suddenly released the official version of Android 9 Pie. The Pixel phones and Essential PH-1 started receiving this update almost immediately and as at last night, Xiaomi announced that its flagship Xiaomi Mi MIX 2S has started getting this update. A day after Google released the Android 9 Pie update, Huawei commenced an internal beta testing on Huawei Mate 10 Pro, Huawei P20, Honor 10, and Honor V10. Now, the company has confirmed that five more devices will join this internal beta testing, taking the total number to nine. The five added models include 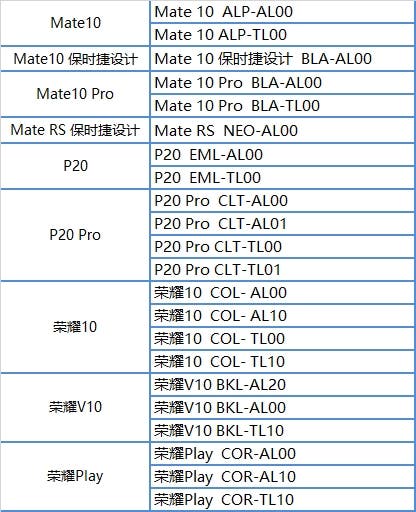 Note that some third-party apps are not compatible with the  Android 9 Pie system thus there may be cases where third-party applications cannot be used normally after the upgrade (such as flashback, jam, power consumption, etc.). It is recommended that you try to update the app to the latest version from the Huawei App Store. Also, make sure your phone has no ROOT. Users who sign up for the beta testing should ensure that the current mobile version is on the baseline version of the offer. To check the version number, go to Settings > About mobile phone > view version number information. If it is not currently on the baseline version, please upgrade to this version online first. The baseline version information of each product scheduled for this beta testing is shown below 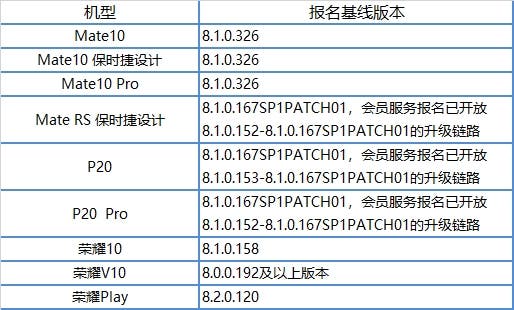 At the same time, make sure that the mobile phone has more than 6GB of internal storage space, otherwise, there will be a risk of an upgrade failure. It is reported that each model recruits 500 users with log version and 1500 users without log version (2000 in total). The first batch of log version users (200 users in this batch) will get this update in early September and the others will start getting it from late September.