The much-rumored iPhone 2018 will be unveiled on September 12. The Company has just sent out media invites to the event which will be held on the same date as the 2017 iPhones were unveiled. The Venue remains – the Steve Jobs theater on the Apple Park campus in Cupertino at about 10 a.m PDT.

In its typical fashion, the company didn’t give away what it intends to unveil on the said date, but we do know it could be the next iphones given the history of its announcement schedule coupled with the leaks and rumors that have so far saturated the cyberspace. 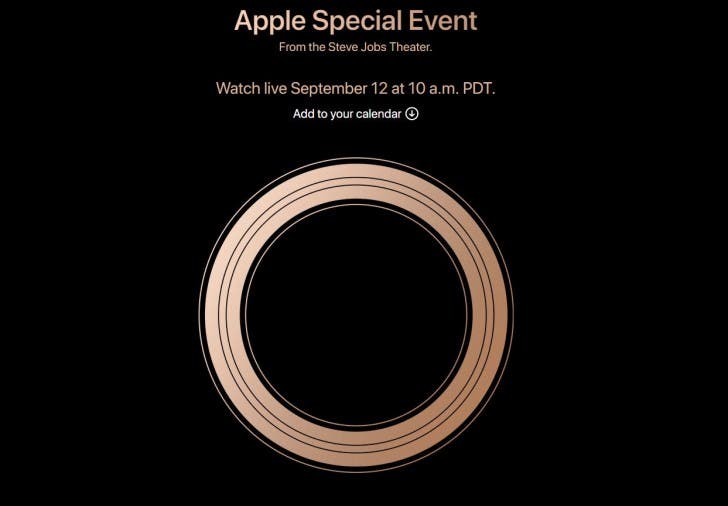 There are also no definite hints on what the next iPhone would be called, but we do know the company would be unveiling it in three models – the upgraded iPhone X rumored to come with a 5.8-inch OLED screen, a cheaper version of the iPhone X with a 6.1-inch LCD screen, and the flagship model with a 6.5-inch OLED. Indications are that these devices will come with updated camera setups, an upgraded 7nm A11 CPU, and a brand new USB-C charger.

Over and above the iPhones as suggested by rumors, the Cupertino giant is also expected to unveil the next generation of its Apple watch, and a couple of iPad pro models. In any case, all of these are mere rumors, we would get to know what exactly the tech giant got to offer in a short while.