Yu Televentures has unveiled the Yu Ace today at a launch event in India. The handset is an ultra-affordable Dual-4G capable device with an 18:9 aspect ratio display and is priced Rs 5,999. The handset will be sold on Flipkart exclusively. Yu had probably disappeared from the smartphone scene for a year or so after the launch of the Yu Yureka 2 that was a decent device in September 2017. Here we take a look at the Yu Ace 2.

It shouldn’t be a surprise that the Yu Ace 2 won’t have groundbreaking specs. It still does quite well with a 5.45-inch Hd+ display and 720p resolution packed in an 18:9 aspect ratio. It comes with a quad-core MediaTek MT6739 chipset accompanied by 2GB of RAM and 16GB of storage with room for micro SD card expansion. 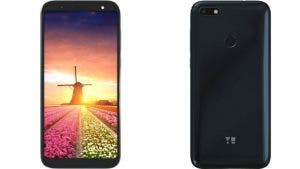 eThe Yu Ace comes with Android 8.1 Oreo overlayed by Steroid Launcher and it will be getting Android Pie by the start of 2019, says Yu. There’s a 4,000mAh battery inside that will probably give users 2 days back up depending upon usage.

As for cameras, Yu has a 13MP shooter at the back and a 5MP shooter at the front that supports face unlock. Sales of the handset start on September 6 at 12 PM on Flipkart. There’s also a 3GB variant but that is confirmed but won’t arrive until late September.