To solve the problem of high screen ratio phones, the smartphone makers regularly come in with different offers. Xiaomi launched the Mi MIX series with a tri-bezel-less design. Apple launched the iPhone X with the notch screen. Sharp and a few other manufacturers adopted the drop screen design. But a real innovation came our way from VIVO that launched the NEX series handsets. It was followed by the OPPO Find X release, which uses a lifting structure. Seems the Xiaomi Mi MIX 3 will uses something like that. But there will be another approach. And it is made by Lenovo. 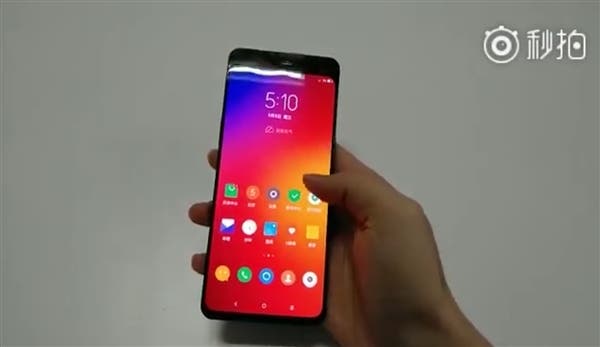 A few days ago, on August 30, Xiaomi president Lin Bin released a photo of the upcoming Mi MIX 3, showing a sliding structure. Immediately after that, on August 31, Lenovo Group Vice President Chang Cheng released a promotional video clip of Lenovo’s new smartphone, which adopts the slide design for sure.

As for today, another video was released by a blogger, who clearly shows the upcoming Lenovo phone uses the mentioned slide design and supports on-screen fingerprint identification. From this video, we can also see it has a high screen ratio. Due to the idea of hiding the front camera and other sensors when not in use, the Lenovo phone increases the screen space. This is what all smartphone vendors are trying to do nowadays.

Of course, the Lenovo phone we are dealing with adopts a technology previously seen on the Nokia N series models. Actually, these two phones pursue the same goal. While the Nokia devices had the main purpose to hide the keyboard to increase the screen space, the Lenovo model tries to move the front camera for the same purpose.