In addition to the Honor 8X, the company also released two smartbands– the Honor Band 4 and Honor Band 4 Running Edition. As you know, the latter can be worn not only on the hand but also on the feet in order to collect the running, walking and other data.

The Honor Band 4 is equipped with a 0.95-inch AMOLED color screen that displays up to 45 Chinese characters. In this sense, this smartband is way more attractive when comparing to the Xiaomi Mi Band 3, which is capable of providing up to 24 Chinese characters. The main body of the bracelet is made of a 2.5D glass, and the edge is treated with a large curvature. The overall appearance is also rounded. 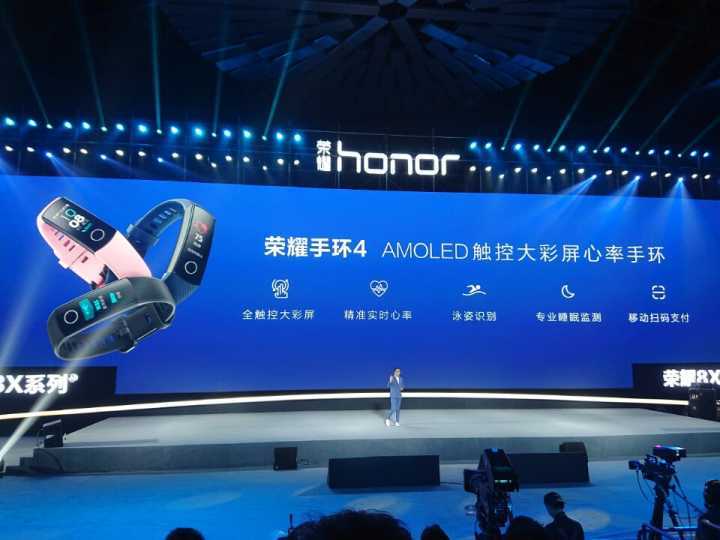 At the same time, the Honor Band 4 supports real-time heart rate monitoring through the AI ​​algorithm. After testing, the accuracy rate is as high as 94.3%. It is also 50 meters waterproof and uses a six-axis sensor, which supports automatic recognition of swimming. The Honor Band 4 supports Alipay scan code, NFC, find the phone, remote control camera, stopwatch, alarm clock, timer, and other functions. 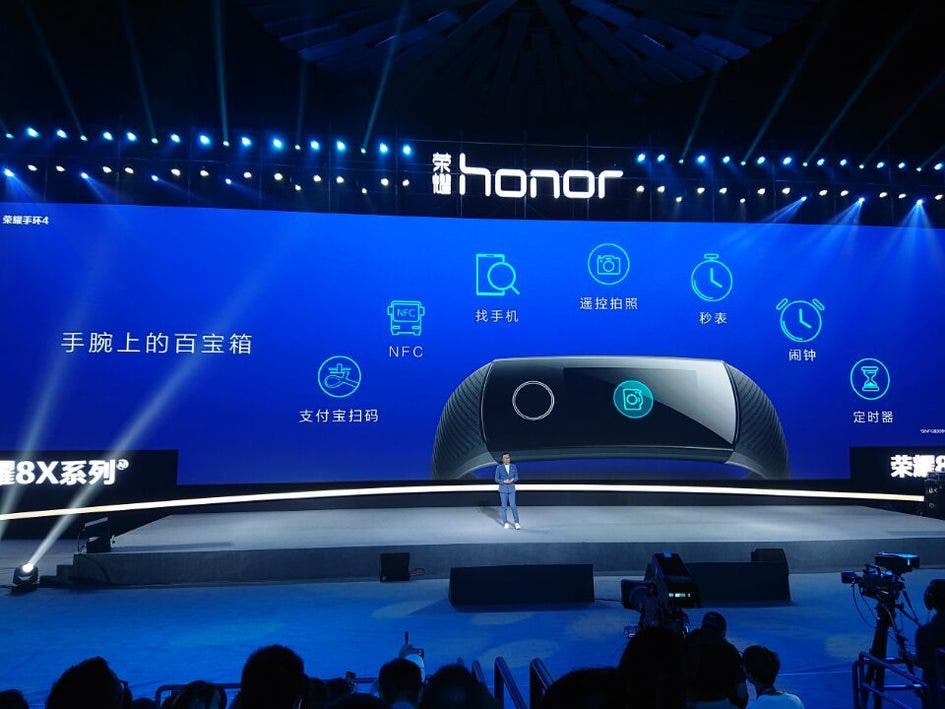 There is a variety of dial designs and three strap colors – coral powder, midnight blue, and ochre black.

As for the Honor Band 4 Running Edition, it provides an accessory to fix it on the shoe, which will allow detecting a variety of running information and providing comprehensive running data. The six-axis also sensor provides professional correction suggestion. 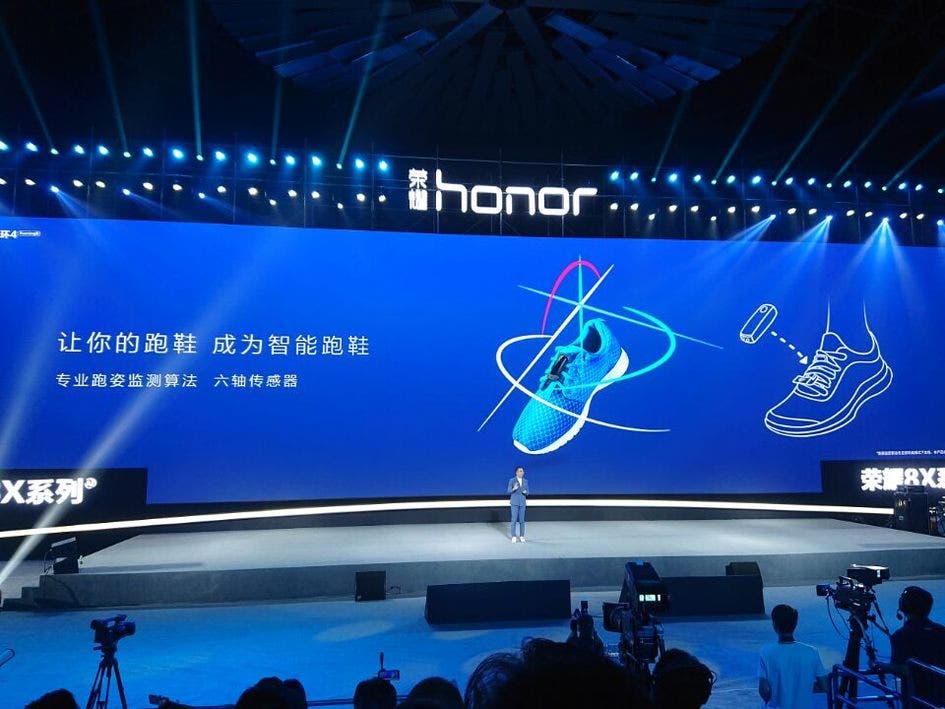 In addition, the Honor Band 4 Running Edition’s screen is only 0.5 inches and does not support heart rate monitoring. The wristband is designed with two-color injection molding, and there are five color options for the straps, including green, red, pink, blue, and yellow. 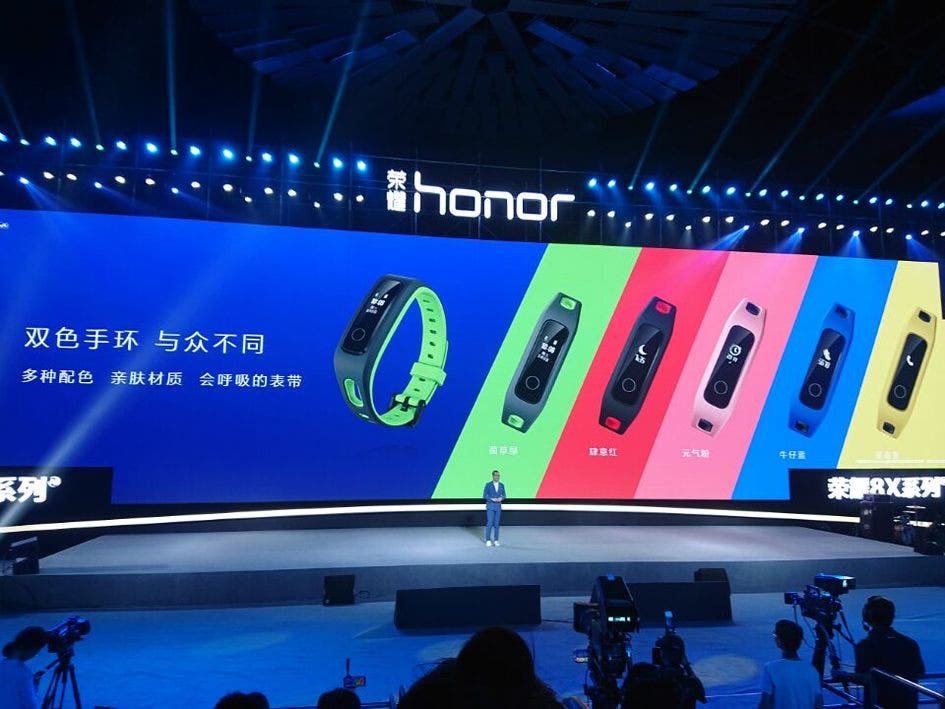 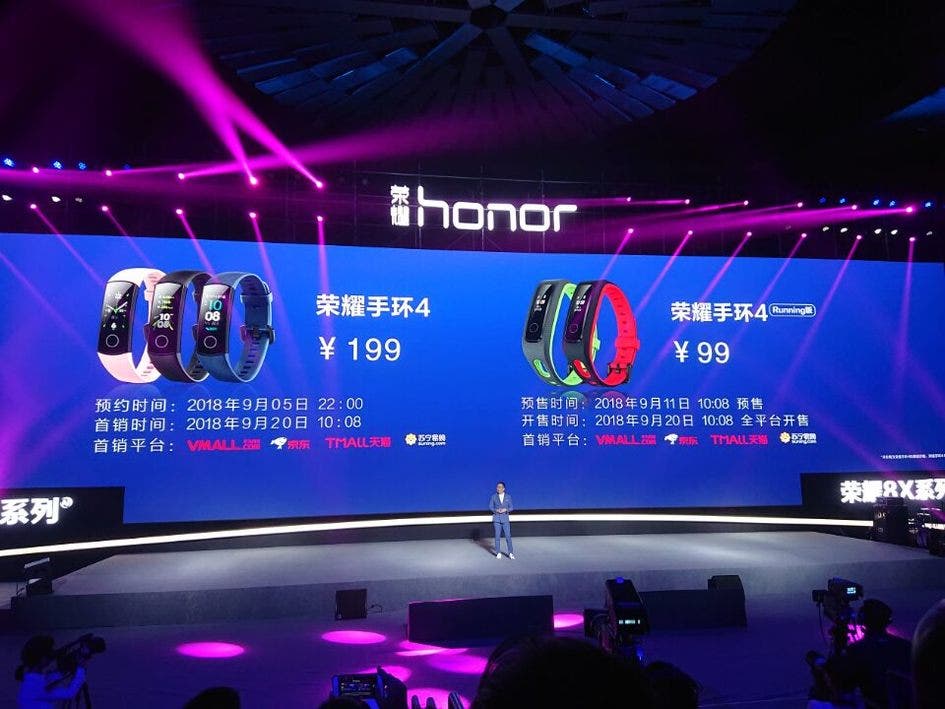 Next Lenovo Smartphone With Slide Out Design Shown in Real Video