Next Wednesday, November 23, Honor will probably make its final big move of 2022. The former Huawei sub-brand has been establishing a good presence in the market with compelling phones without all the strains that hold Huawei. Now, Honor will introduce a new Honor 80 series of smartphones and the leaks are spreading. According to the latest report, the Honor 80 will pack an all-new Snapdragon 7 series chipset dubbed Snapdragon 782G. This particular processor may appear during the Snapdragon Summit which will present the Snapdragon 8 Gen 2. The report also confirms the Honor 80 Pro with the Snapdragon 8+ Gen 1.

Unfortunately, not much is known about this Qualcomm Snapdragon 782G SoC. It may be a replacement for the Snapdragon 780 5G that disappeared amidst the crisis in the semiconductor market. Moreover, we expect it to be above the Snapdragon 778G series. Its differences in comparison to the Snapdragon 7 Gen 1 are unclear right now. However, it’s curious to see Qualcomm launching a new Snapdragon 782G now that the brand has theoretically made the move to the 7 Gen 1 series. Perhaps, we’re seeing just a minor improvement or re-launch, one that does not deserve to be part of the new Gen series. 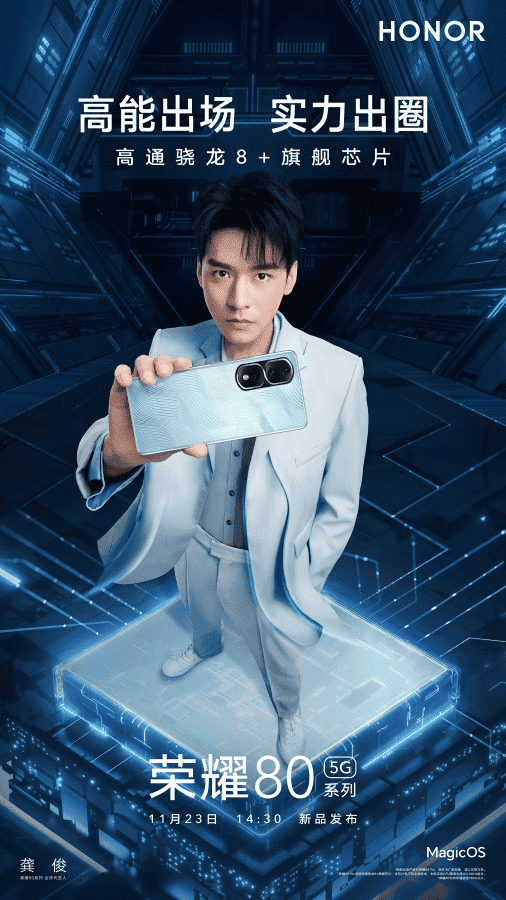 The specs of the Honor 80 SoC are unclear, but we can bet on something with 6nm or 5nm manufacturing. Moreover, we can also expect 4 x ARM Cortex-A78 cores and 4x ARM Cortex-A55 cores. We’re not expecting the chipset to bring the ARMv9 flavor. We also expect the Adreno 642 or a new variation to take the helm of graphics tasks. In the end, the Snapdragon 782G probably is here just to make the Snapdragon 778G series new again. So, Qualcomm can keep selling these chips for another year.  That said, the Honor 80 may be an incremental upgrade over its predecessor at least in terms of performance.

The Honor 80 Pro, on the other hand, will perform like a true flagship. It will bring the Snapdragon 8+ Gen 1, which by the time of the release, won’t be a cutting-edge chip anymore. The phone will also introduce the Honor Magic OS that replaces Magic UI. We also expect a 64 MP Main camera. Worth noting, that the true flagship of the lineup is the Honor 80 Pro+. That one will bring a 200 MP main camera. Last but not least, we also expect a SE variant. We may also see a 160 MP camera in one of these phones, but time will tell.

Next Snapdragon 8 Gen 2: new king is here with Ray-Tracing and WiFi 7