Chinese manufacturing giant, Xiaomi, is consistently growing in many markets around the world. Its consistency has been impeccable and within only eight years of existence, its devices are spread around the world. Late last year, it became the top smartphone brand in the second largest smartphone market in the world, India. This company has been among the top world’s best smartphone manufacturers. Now, according to an IDC report, Xiaomi is the second smartphone brand in Indonesia behind only Samsung. 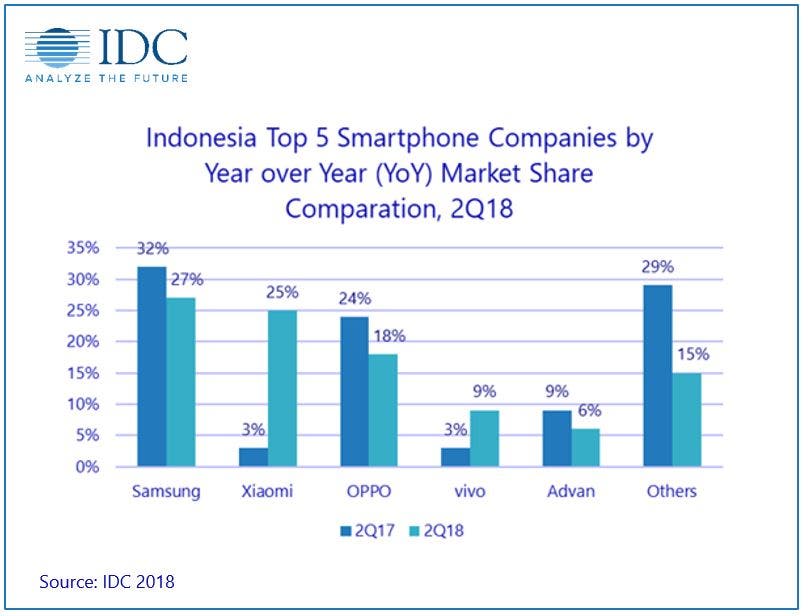 While Xiaomi recorded a 23% growth YoY from 3% in Q2 2017 to 25% in Q2 2018, Samsung dropped by 5% YoY from 32% in Q2 2017 to 27% in Q2 2018. This shows that Xiaomi is very close to Samsung and the surge in the Chinese company’s growth is enormous. Other companies which made the top 5 include Oppo, Vivo, and Advan (a local electronics company based in Jakarta). Xiaomi is known for releasing cheap and budget devices. However, in this era of technological advancemwnt, the company has been forced to include some amazing features even in its entry-level devices which causes a price hike. Nevertheless, the company still offers good value for money and that has bbeen its strength in cppuntries like India and probaly Indonesia.

Next [Deal] Xiaomi Smart Body Scale With App Control From $59.99