A few days back we saw two front panels of the Mate 20 series leak online. One of them had a contemporary notch like the iPhone X while the other panel had a more modern water-drop notch design. The former was said to belong to the Mate 20 Pro and today we have a dummy unit that gives a much clearer idea of the frontal fascia of the Huawei flagship. Of course, this leak comes from Weibo and should be taken with a fair share of scepticism. Take a look at the dummy unit. 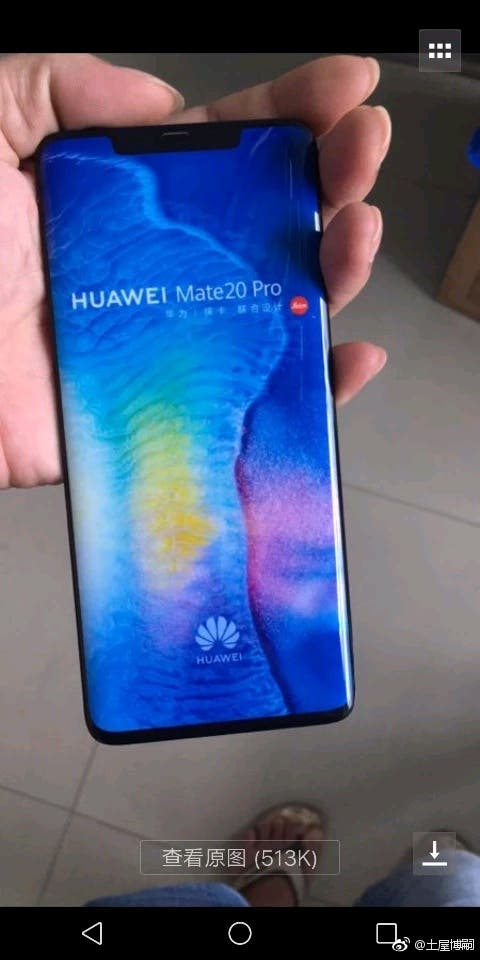 The Mate 20 Pro dummy unit shows a curved display on the phone which was also hinted at by the leaked front panel. However, now we can see much clearly that the bottom chin is much thinner. Previous leaks have reported a 3.8mm chin which is narrower than the iPhone X. Also, the screen is expected to be 6.25-inches.

Looking at the large notch above, it is being said that the Mate 20 Pro will also get proper Face ID with dedicated hardware and an on-screen fingerprint reader is being tipped this time as well.

As for the rear, several leaked live images of the Mate 20 Pro were snapped in the wild revealing a square-shaped camera module with three sensors and one flash placed in it. The P20 already has a triple camera setup and it wouldn’t be a surprise if Huawei introduced a slightly improved setup for the Mate 20 Pro.

The Mate 20 Pro will launch on October 16 in London alongside it’s smaller sibling, the Mate 20.

Previous GizChina: Redmi 6 Pro just in, get ready for the review

Next MediaTek will provide 5G chips to low-end smartphones