We reported over a month ago that Samsung could be preparing an upgrade to the Galaxy J6 dubbed Samsung Galaxy J6+, alongside an upgraded Galaxy J4 named the Galaxy J4+. Now, it appears their official unveiling might just be around the corner, as the Bluetooth sig has now certified two Samsung devices with the  SM-J610F and SM-J415F believed to be the Galaxy J6 Plus and Galaxy J4 Plus respectively.

Though the certification pages give no hint on what these devices might bring to bear, previous leaks claim the Galaxy J6 plus might come as a mere upgrade over the Galaxy J6, offering to only ditch the Exynos 7870 Octa chipset for a Snapdragon 450, while it may also possibly come with more storage spaces. Other specs are expected to remain unchanged. 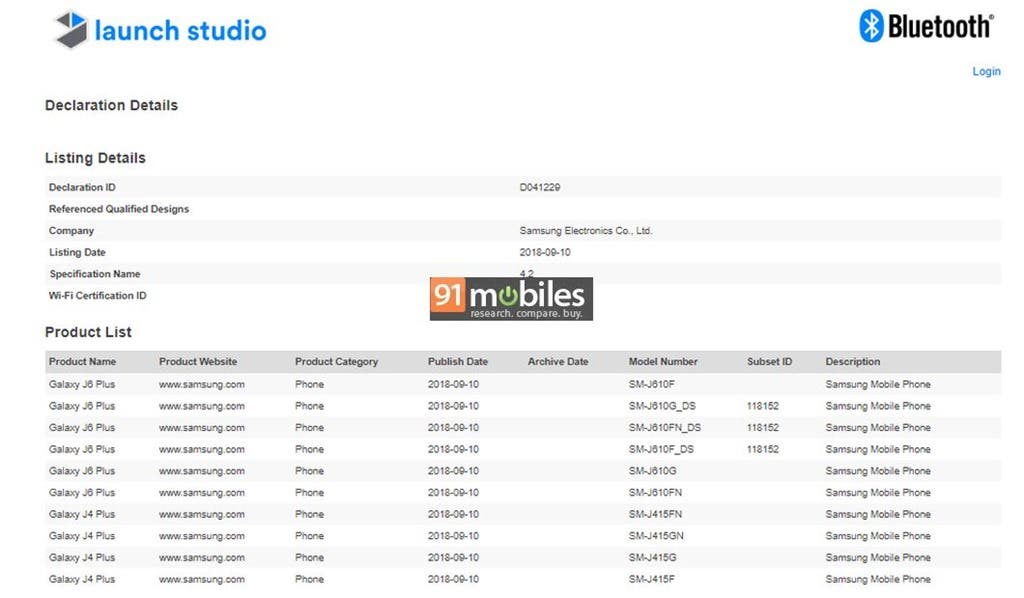 Both the Galaxy J6 plus, and the J4 plus with model numbers SM-J610F and SM-J415F are expected to retail in some countries as the Galaxy J6 Prime and Galaxy J4 prime, as evidenced by the listing of the J6 prime on Samsung’s Indian portal earlier today.

We currently have no clue when exactly these devices will go official, and what countries could be receiving these devices, however, a launch seems imminent considering that they already clinched regulatory approval.