Not long ago, the Ministry of Industry and Information Technology exposed the Meizu 16X mobile phone, and according to the data the phone has 3000mAh battery and 6GB of memory. The exposed mobile phone has a 6-inch screen with 1080×2160 pixels resolution and it’s running Android 8.1 Oreo, in addition to that the phone is equipped with Qualcomm Snapdragon 710 processor and has three cameras, which should be the front single camera and the rear dual camera.

It is worth to mention that the phone has been leaked in a spy photo, showing how much it scores in AnTuTu. 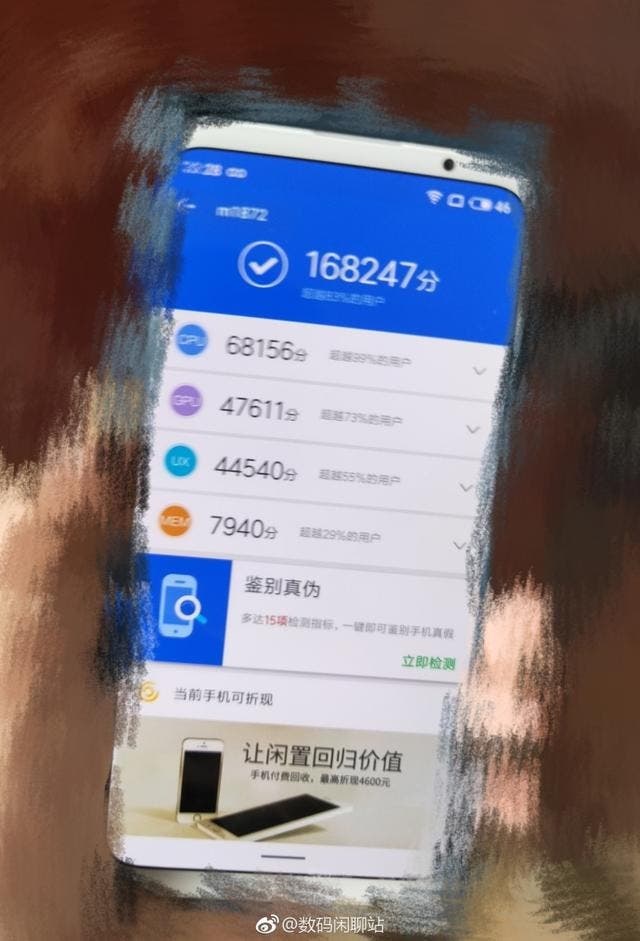 Actually, the screen design part is blurred. So we can’t say whether it’s the Meizu 16X we have seen for many times previously. We only see the phone carries a model number of M1872 and it scores 168,247. But the source claims this is the Meizu 16X and he has heard this handset will provide a smooth gaming experience as well as a longer battery life than the ordinary Meizu 16.

As for the previous leaks, the Meizu 16X looks identical to the original model, coming with a 6-inch 18:9 Samsung Super AMOLED screen with no bangs. The body thickness reached 7.5mm. And it weighs only 154 grams. The back is made of metal.