The Apple Watch Series 4 has been officially uncovered a few seconds ago. Many hurries to call it the most exciting upgrade in the history of the wearable. It is more stylish, more functional, and more comfortable to wear. This smartwatch comes with many changes both on the appearance and on the internals. 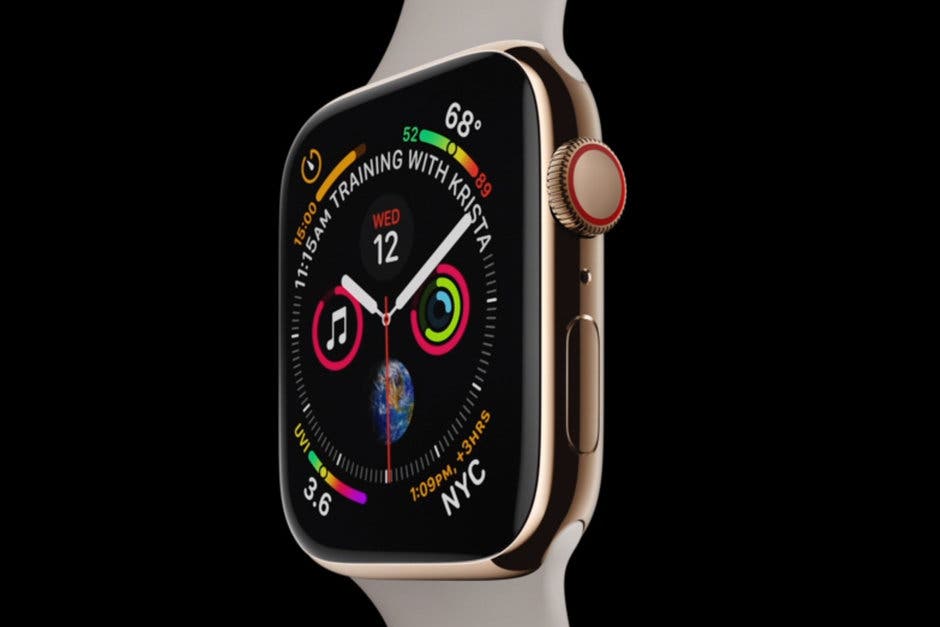 Undoubtedly, the biggest selling point of the Apple Watch Series 4 is the bigger screen size. There are two sizes – like the previous generation of 38 and 42mm, now you can choose between a 40 or a 44 millimeter Apple Watch. The display leverages OLED technology. The company says that the screen is over 30% larger than the predecessor. Of course, there are tons of customizable faces. So you can choose any according to your mood and activity. 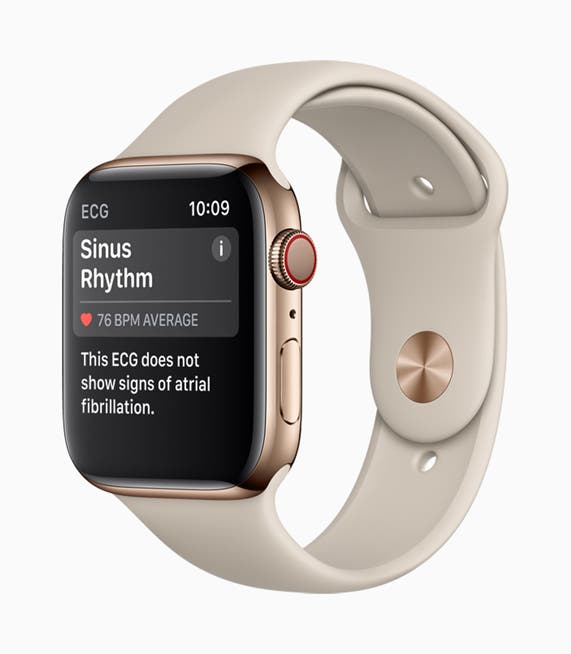 On the right side of the Apple Watch Series 4, we can see the digital crown that looks almost identical to the previous model. But there is a noticeable difference – each turn is now complemented by haptic feedback. So it is more natural when touching and using it. Moreover, there is a new and bigger speaker on the side. The microphone is placed on the opposite side. It’s been done to avoid interference between the two. 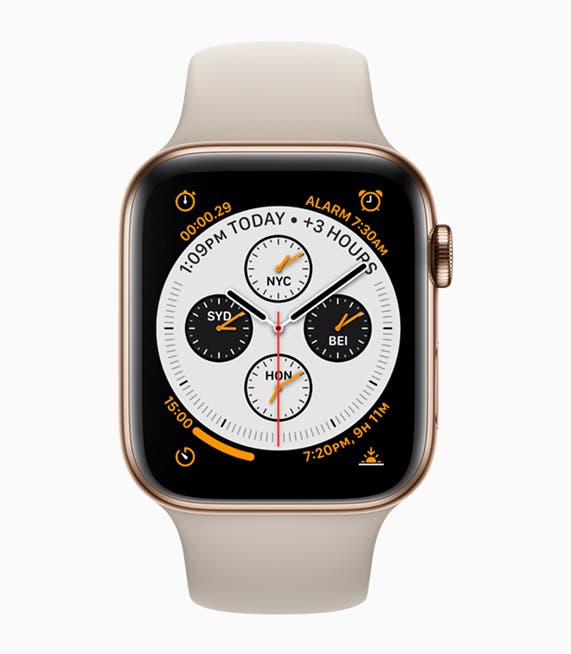 However, there are many other features that you will see for the first time on a product from this niche. First, this is the first mobile product that provides a real-time Electrocardiogram. Just put your finger for 30 seconds on the crown, and the watch will provide a corresponding data. Besides the one you will see on the watch’s screen, more detailed data will be displayed on your iPhone’s screen. Besides this, the electrical heart rate sensor placed on the back of the watch will not only monitor your heart rate but also make suggestions.

What we liked more is the features and functions that are based on the accelerometer and gyroscope. Apple team has investigated three types of motions of falling, tripping, and slipping. The watch can identify any of these motions and once you hit the ground, it will make an SOS call immediately. If everything is OK with you, cancel it within 5 seconds. 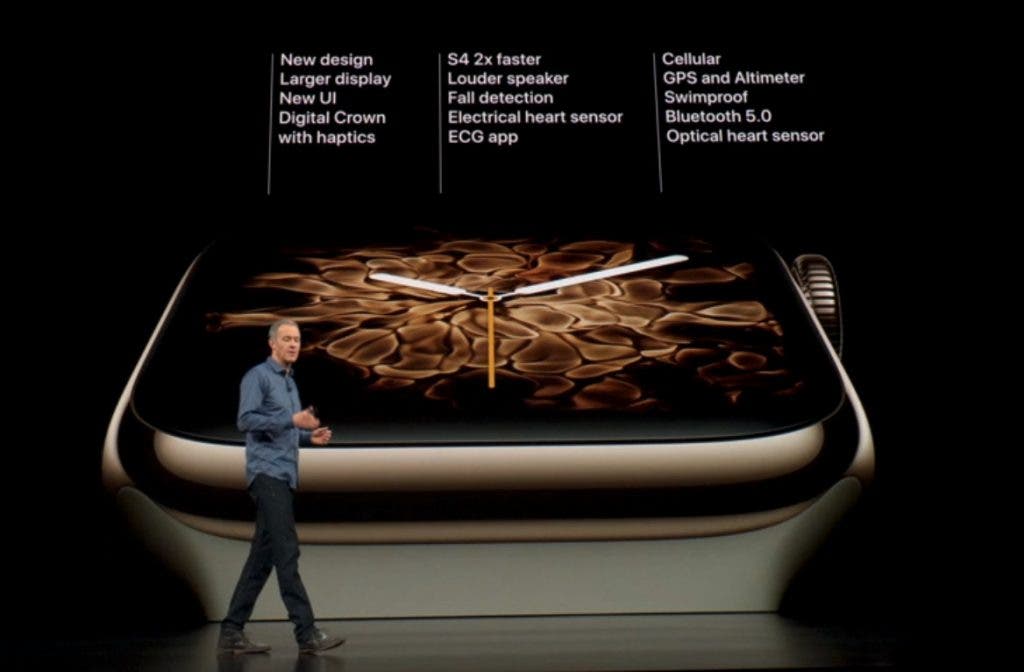 There are two versions of the Apple Watch Series 4. The one that can connect to the carrier networks independently is priced at $499. Another model that comes with GPS costs $399. At the same time, the Apple Watch Series 3 has been discounted to $279. However, in total, there are three color options of polished black, space gray, and gold. The watch has replicable straps. So one you acquire and use other straps, you can choose any from multiple faces to match the look. They will go on sale on September 21.