The release of updates to a smartphone is one of the major criteria that many users consider before choosing a brand. If a company is known for not taking care of its device, chances are that it wouldn’t sell many units. Chinese manufacturer, Huawei, knows this and it has always been there for its smartphones. However, Honor 8, has not really been lucky with updates as its release seem to delay more than others. Nevertheless, users of Honor 8 in India can now smile as the Android Oreo update for this smartphone has been released. 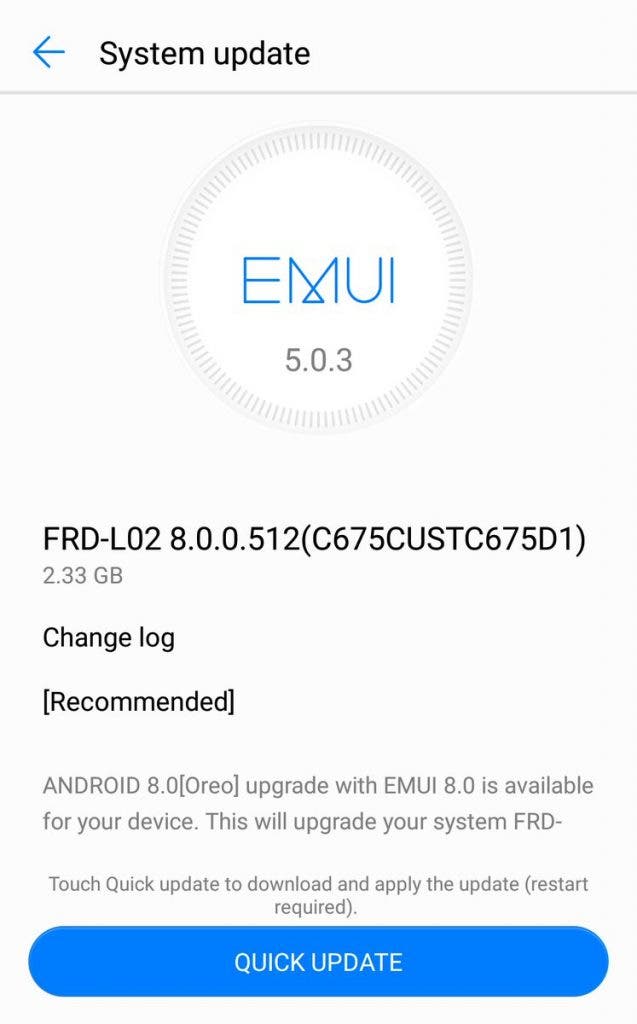 This update was released in China since June but Indian users had to wait for extra two months. For many, the Android Oreo update shouldn’t be a big deal right now because everyone is already looking forward to Android 9 Pie but a move from Nougat to Oreo is a step in the progressive direction. As usual, this update will not arrive all units of the Honor 8 at the same time and if you have not received an OTA notification, you may have to be a little patient for it to arrive. Alternatively, you can go to settings and check system update for the new update. Please note that this update is 2.33GB large you need to be prepared before you start the process.