Apple will hold an annual new product launch at the Steve Jobs Theatre in Apple Park’s new headquarters. Not surprisingly, three new iPhones will be officially launched. But before that, data released by a specialized company showed that the iPhone 7 is currently the most common iPhone model and while the price of the iPhone X is high, the growth rate is also very fast.

Analysis company Mixpanel analyzed the iPhone and iOS in the past 4 years and found that iPhone 7 is the most common iPhone model on the market, accounting 17.34% market share, followed by iPhone 6S. 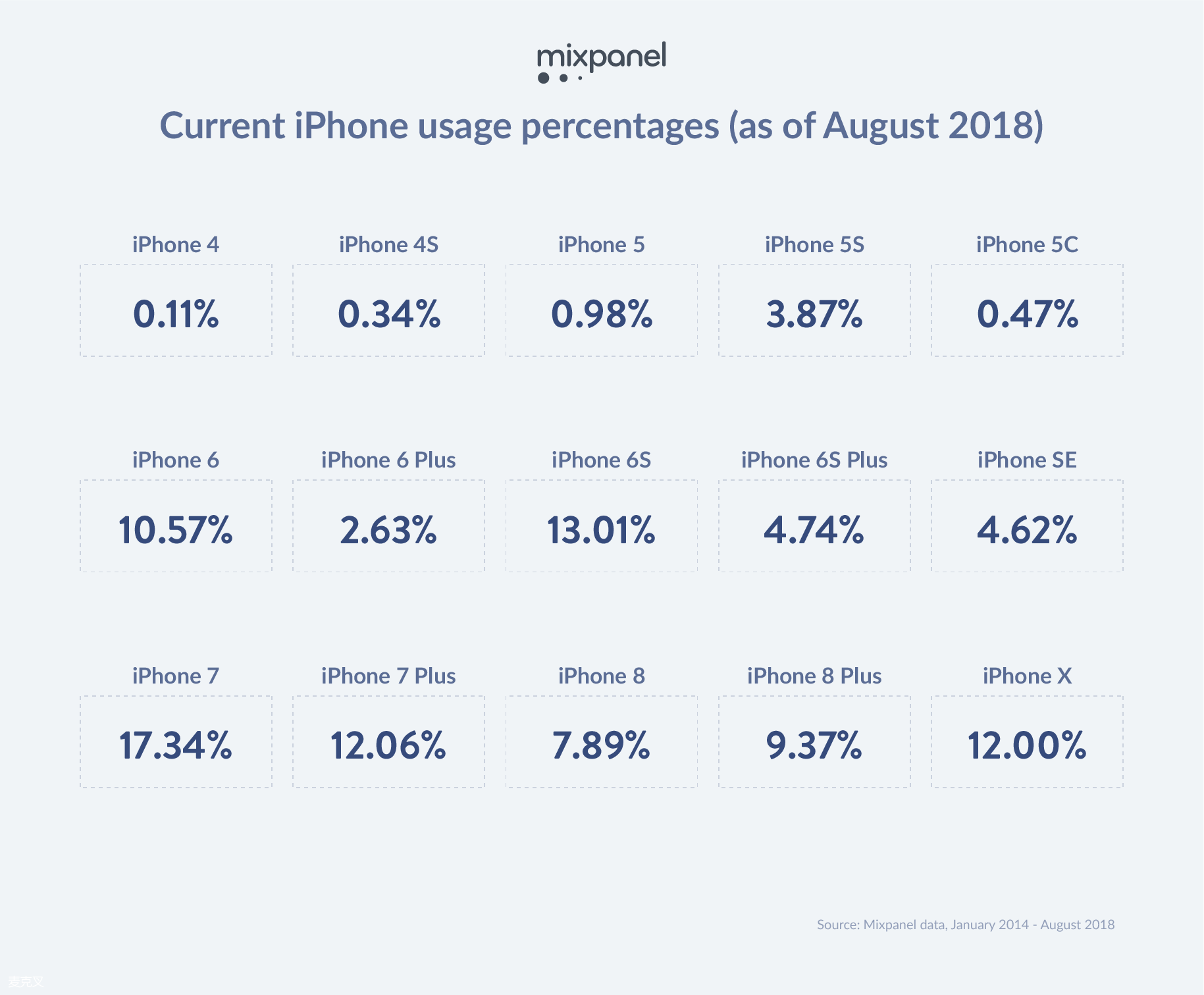 It is worth mentioning that although the price of the iPhone X was at 1000$ at the beginning of its release, its market share has already accounted for 12%.

In addition, Mixpanel pointed out in the report that the market share can reach 20% in about 6-7 months after the release of the new iPhone every year. If the three new iPhones released this year are attractive enough for consumers in terms of price, design and functionality, they will grow faster.

The following is the market share of each iPhone model in the report released by Mixpanel: 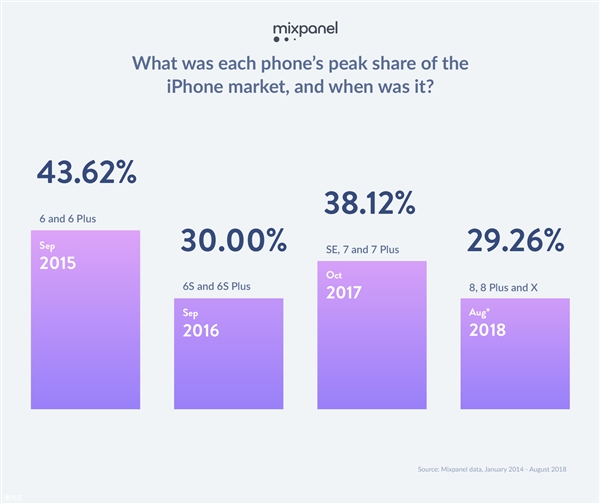 According to Mixpanel, iPhone 6/6 Plus is the most successful iPhone generation in history with 43.62% market share, far ahead; followed by iPhone SE/7/7 Plus with a share of 38.12%; iPhone 6s/6s Plus Ranked third with a 30% market share.