LG’s answers to the Galaxy Note 9 from Samsung could arrive earlier than we thought, as the company is now filling for all pre-requisite approval needed before the LG V40 ThinQ is unveiled. Only a few moments after the alleged LG V40 ThinQ clinched the GCF and the Korean NRR Agency (National Radio Research), the device has now cleared the FCC, as the LG phone with ZNFV405UA model number.

Details of the V40 from GFC and NRR certification documents are almost non-existing, and it appears it won’t change any moment, as the FCC offers no hint to that effect. 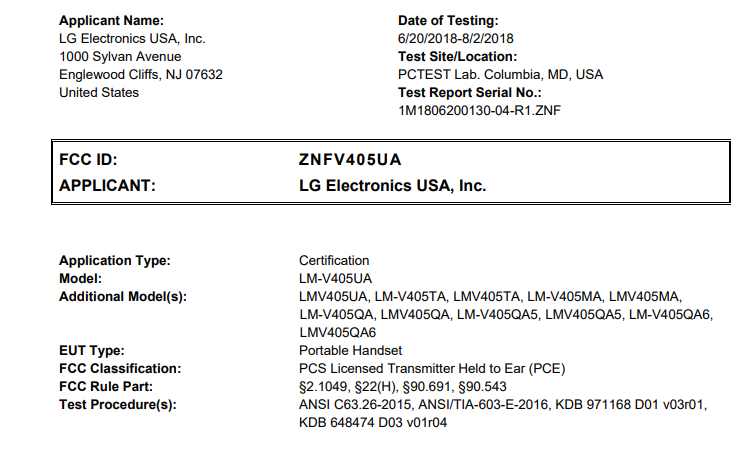 However, the documents reveal the device will likely work on every single US carrier, including Verizon and Sprint, also featuring native Band 71 compatibility for 600 MHz Extended Range LTE access on T-Mobile.

With the FCC approval, the V40 ThinQ next point of call might just be China’s TENAA, the Bluetooth sig, and probably Wifi alliance before it gets unveiled.

Previous iPhone 7 is still the most common iPhone model