With the Apple iPhones now out of the way, the LG V40 ThinQ, the Mate 20 series, as well as the Razer phone 2 are all upcoming devices we should now focus on. The Razer phone 2 is the next gaming smartphone from the company and has been quite frequent to the headlines for the past few days.

While it already made it through AnTuTu and the Geekvench, uber-leaker Evan Blass has released some pictures of what is supposed to be the Razer phone 2. The tweet, embedded below reveals the image of the device from the front and back revealing its design. And if our eyes serve us well, the purported Razer phone 2 might still retain the blocky design of the original Razr phone.

The front firing stereo speakers, overly large top and bottom bezels, as well as a top selfie cam located to the left, all appear to be making a return.

“Jeff”: I took some pictures of the upcoming Razer phone. Almost the definitive design.
Evan: Cool, where did these come from?
J: Got a friend in Razer, he sent me them. Obviously I can’t reveal his name.
E: Sure you can, just make something up. You’ve been on a roll so far! pic.twitter.com/cVn2Ycr7Y1

Sadly, the image doesn’t reveal the upper rear panel, but a close look at the lower rear end suggests the Razer Phone 2 might get a touch-sensitive pad which will come in handy for gamers. 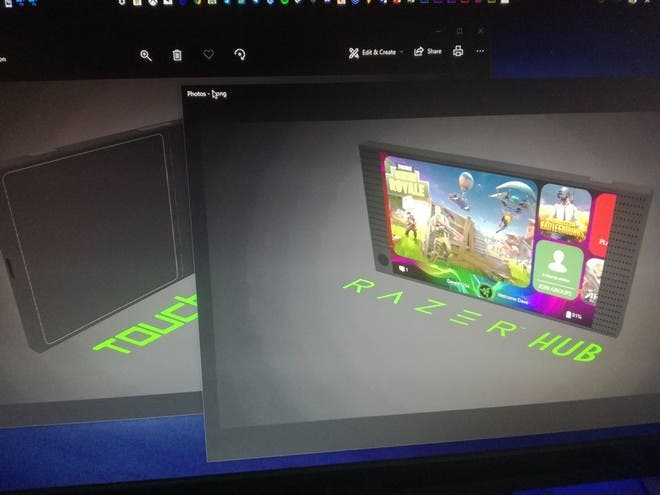 There will most likely be more leaks as well as official teasers in the coming weeks/days. We’ll bring you more updates as they pop up.

Next Xiaomi Mi 8 Youth Edition Will Have A Gold Version