Aside from a trio of iPhones, and an Apple watch 4, Apple at its September 12th event also announced the Apple A12 Bionic Chip – a performance enhanced chipset that comes embedded in the iPhone XS, iPhone XS Max and iPhone XR. Much like the Kirin 980 SoC from Huawei, the Apple A12 Bionic chip is built in partnership with Taiwan Semiconductor Manufacturing Company (TSMC), and is made using the  7nm fabrication process, effectively making it the first commercially available chip based on the  7nm fabrication process.

The Apple A12 Bionic comes with a six-core CPU, fragmented into a two-performance core and four efficiency core CPUs. While Apple claims the 2 Performace CPU is about 15 percent faster and 40 percent more power efficient than those on the Bionic A11, it claimed too that there should be a corresponding 50 percent less battery consumption courtesy of the four performance cores. 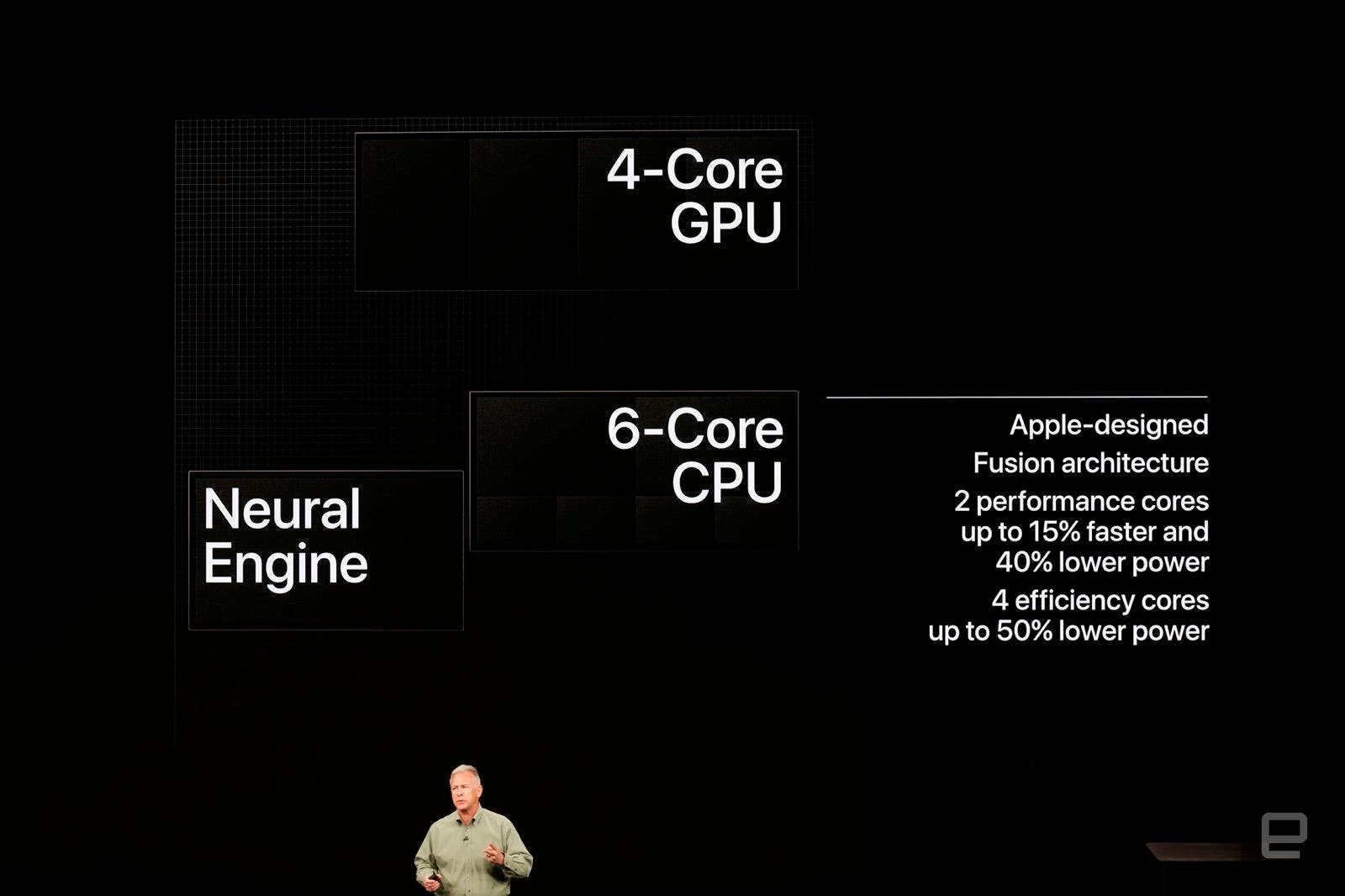 For the new Chip, Apple has also upgraded the Neural Engine from the 2 cores on the A11 to eight-core processor specially meant for monitoring machine learning processes. These processors amongst other things helps quickly authenticate users with Face ID and tracking facial movements for Animojis, or animated selfie emojis. Apple’s senior vice president of worldwide marketing, Phil Schiller, noted that the new engine can effectively perform up to 5 trillion operations per second, a significant increase over the A11 600billion operation per seconds.

All the big numbers aside, the Apple A12 Bionic at the end of the day should be the same as ever: offering faster apps operations as well as improved battery efficiency- the same rhetorics we were told when the iPhone X debuted about a year ago.