According to IDC statistics, smartphone shipments in the second quarter of this year fell by 1.8% and Samsung’s decline was 10%. So the company hopes to adopt new strategy for mid-range phones including the use of new technology before the S/Note flagship phones, and at the high-end level, Samsung also plans to launch the long-awaited foldable smartphone.

The German magazine Die Welt published an interview with Yu Chengdong, CEO of Huawei’s consumer business. He also stated that Huawei plans to come up with a foldable smartphone this year. It can have a large screen like a traditional PC, and it can be folded at the same time.

About these two mysterious phones, Neil Shah, head of research at the statistical agency Couterpoint, believes that their price will reach around $1,500. In addition to cost, Shah said that consumer acceptance of the shape and the battery life will also be the key to the success of foldable smartphones. 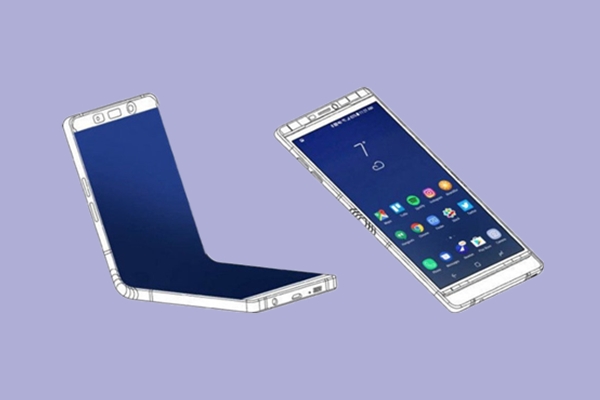 The picture above shows one of Samsung foldable smartphones patent maps. It is said that the internal screen is 7.3 inches after the expansion and the external screen is 4.6 inches.

It is worth to mention that Huawei CEO, Richard Yu, said that the foldable smartphones is a potential replacement for computers, He said : “why are you still using a computer? probably because you find a smartphone display too small. we will change that. It is conceivable that you could fold out a display”.