The Honor View 10 was released in the United States back in March. The handset was made to be a cheaper alternative to the Huawei Mate 10 Pro, that due to some circumstances couldn’t succeed in Mr.Trump’s country. Since its release, the Honor View 10 has been receiving a couple of updates that introduced new features and optimizations.

The latest software update has introduced the EIS feature for the Camera application, as well as thermal improvements for the smartphone. Today, the Chinese company is dropping a new update for the handset which brings the highly-anticipated GPU Turbo feature for the View 10. Users of the handset will get the benefits of a ultra-smooth gaming experience and faster graphics processing. 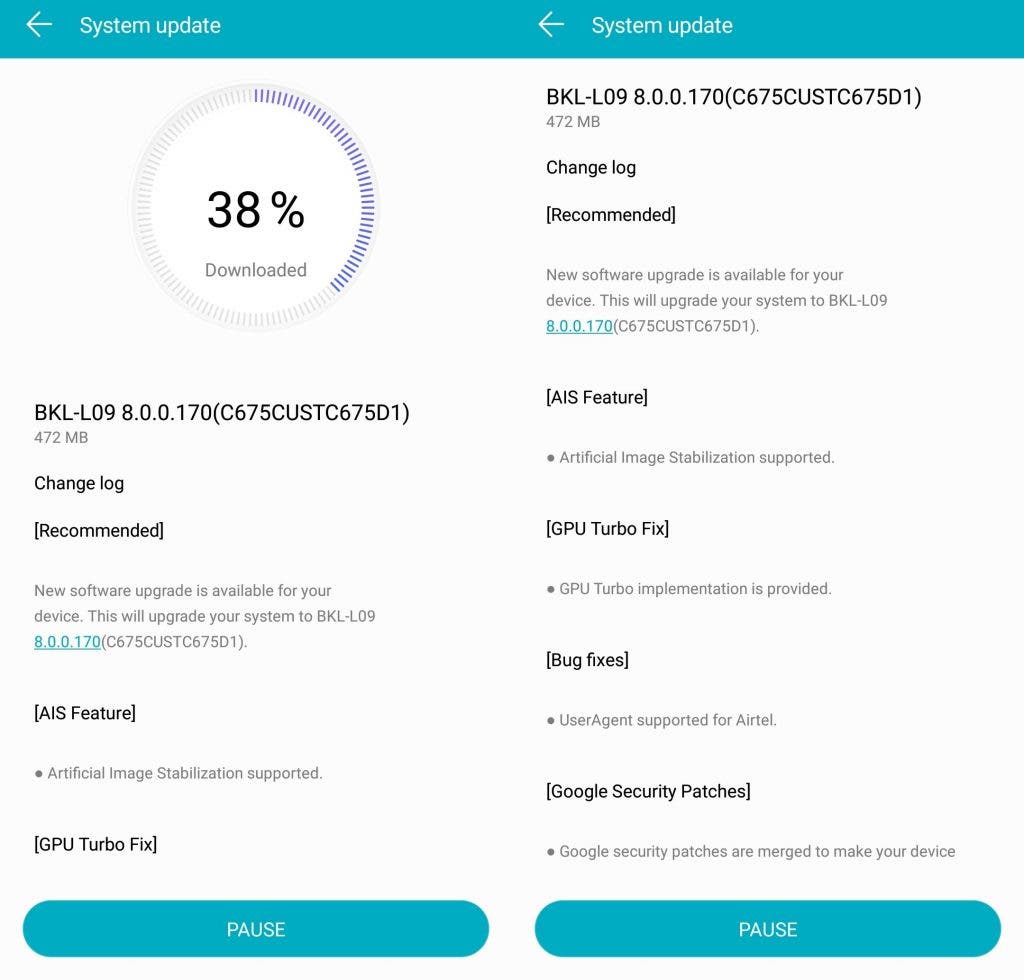 Alongside GPU Turbo feature, the new update also introduces AIS (Aritifical Image Stabilization) a new camera feature that was introduced with the Huawei P20 Pro. With AIS the Honor View 10 will be able to record videos with better image stabilization. The update also introduces Google’s monthly security patch, that we expect to be the September’s one and a specific fix for Indian users of Airtel’s carrier.

Since the update is being rolled out via OTA in multiple regions, it should take some time to appear for everyone. Keep checking the notifications in the coming days and be patient, since it’ll appear soon.