On September 5, Nubia released its flagship Z18 in Beijing. At present, this smartphone is on sale and the 6GB+64GB version is priced at 2,799 Yuan ($408) while the 8GB+128GB version has a 3,299 Yuan ($481) price tag. Now, a new Nubia phone has appeared online but this time, it is nothing like the Z18. A new video recently appeared on Weibo which shows the new Nubia device with a dual display. The last time we saw a dual display smartphone was sometime last year when Meizu released the Meizy PRO 7 which comes with a rear “painting screen”

The displays have no notch and the dual rear camera setup is lodged at the top left of the smartphone. It supports a side fingerprint sensor. Is this smartphone the successor to the Meizu PRO 7? Well, it looks far better than the PRO 7. Recall that the PRO 7 rear screen only supports the display of weather, notification, steps and few other functions. The secondary screen of Nubia’s dual-screen phone can do everything that the main screen does.

Taking a wide guess, the main screen of the Nubia device is upward of 5.5.inch while the rear display is above 4-inch. The detailed specifications and release time of this new machine are not known for now. Of course, Nubia may start a new series for this dual-screen phone like the “Red Devil” series. 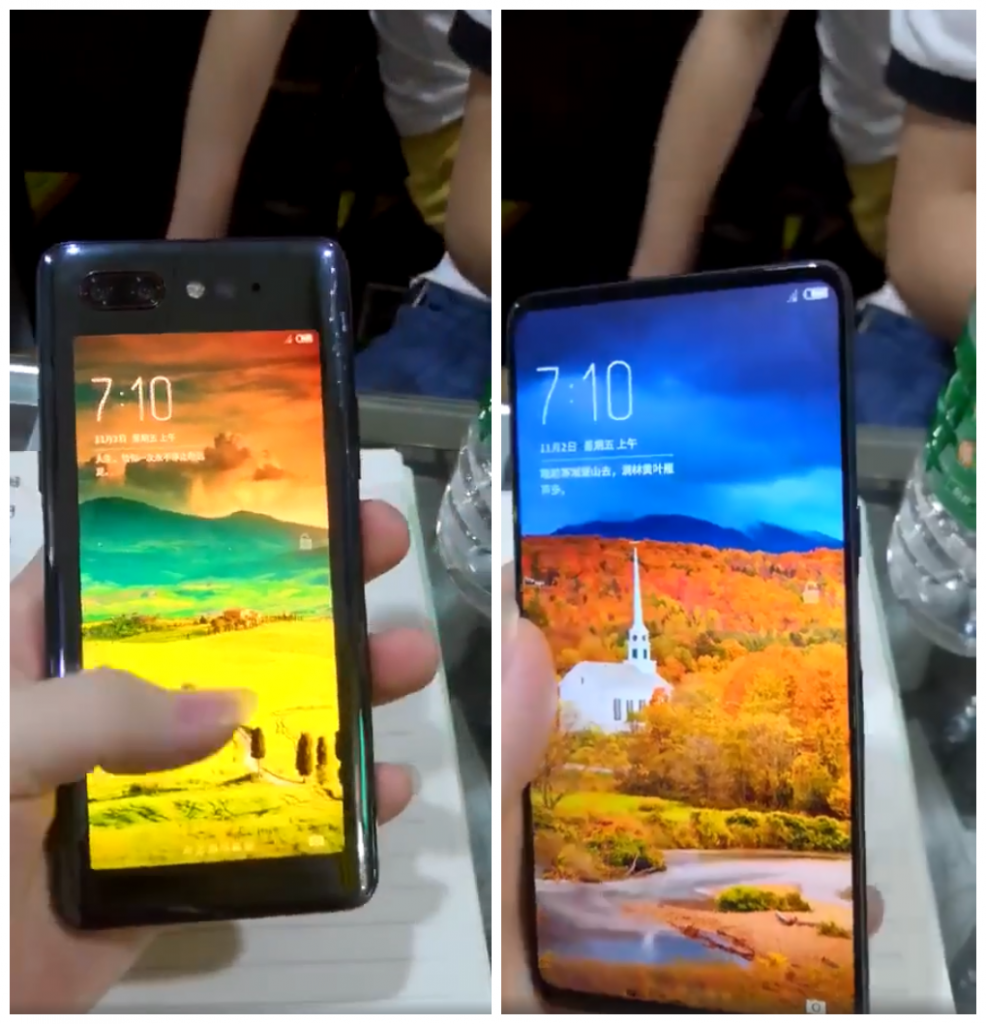 This device is certainly worth looking forward to. Do you think that this device will be a hit? Let us know in the comment.