We recently reported the Galaxy A7 (2018) was spotted on Bluetooth SIG but that was pretty much all that we knew about the device. Now, we know a lot more courtesy of fresh press renders that have dropped just now. The handset is supposed to launch alongside the A9 Pro with four cameras on October 11. Here’s all what we can garner from the renders. 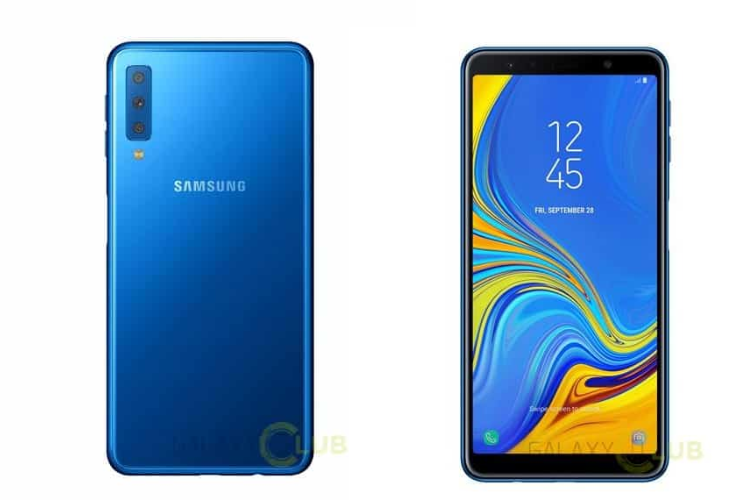 Samsung’s newfound commitment towards the A series has resulted in this. A Galaxy A7 (2018) with a triple camera setup – the first on any Samsung phone. Now, this is pretty done and dusted since these are press renders we’re looking at. What remains to be seen is how Samsung utilizes this setup. Apart from that, the fingerprint reader has been moved to the side as it is rumoured on the J6 Prime. The front has an Infinity Display like other A series devices. At the bottom, there’s a USB Type-C, 3.5mm headphone jack.

Samsung’s A series is getting a lot more exciting recently with the company announcing that it will bring a quad-camera phone to the party soon. The renders suggest the Galaxy A7 (2018) will be available in Black and Blue hues.

There’s still a lot to be known about the specs side of things. However, we have the impression that the coming days will be very exciting.

Next Xiaomi Redmi Note 6 Pro goes on sale before launch