LG has been working on a Q series phone that we reported earlier. The handset, the LG Q9, has probably been spotted on the Federal Communications Commission. Although the model number would be mentioned below would imply a Q8 series device, we think it is an LG Q9. This signals the impending release of the handset in the US. The FCC docs don’t reveal much as we’re already aware but below is the info. 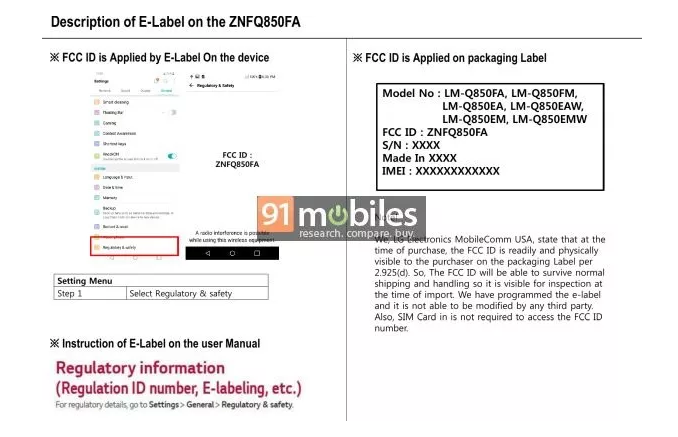 As per the listed document, the model number is LM-Q850FA. It also states the connectivity options on there such as “Multi-band GSM/EDGE/WCDMA/LTE Phone with WLAN, Bluetooth and RFID“. The LG Q8 had model numbers LM-Q815S and LM-Q815L, hence our presumption that this is the LG Q9.

the FCC document doesn’ t reveal much about the handset, we draw info from previously leaked information. The LG Q9 will be a powerful handset sporting a Snapdragon 660 SoC and could feature at least 4GB of RAM and even 32GB/64GB of storage. It is being tipped to feature a 3,500mAh battery and the FCC doc at least says that we can expect Android Oreo. Live images of the handset also leaked previously which we covered earlier and the handset looks pretty much like every other LG Q series handset so there are no surprises there.