LG’s Q-series phones have been on the mid-range route, and the LG Q7 and Q8 (2018) were released earlier this year. The main parameters of the LG Q9 were exposed as early as March this year, but it has not been released yet. Today, on September 6, this handset has been leaked in a spy photo. On the whole, it seems that there is not much change when compared with the LG Q6. 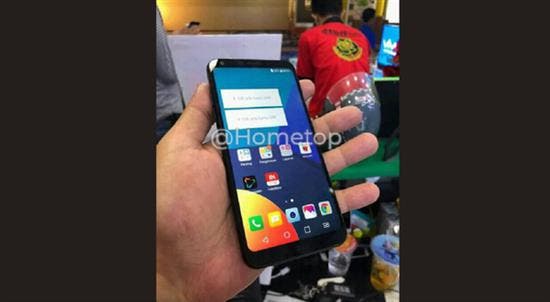 From the photo, it can be seen that the smartphone adopts an 18:9 ratio screen. At the same time, the LG Q9 does not adopt the popular notch screen design. There is a front camera, and there is no fingerprint module on the front. The black frame is still wider.

At present, the company has not yet indicated when this phone will be released, but LG may release its flagship new machine LG V40 this month. So there is every reason to think these handsets will be uncovered at the same event.

Unlike the LG Q9, this handset will come with more trendy features, such as a 6.3-inch notched screen with a resolution of 1440×3120. From previous reports and renders, the LG V40 ThinQ comes with a POLED display, will be powered by a Snapdragon 845 SoC and its lights will be kept on by a 3300mAh battery. Also worth mentioning is that the phone’s rear side appears to be made of glass, which is an indication that it might come with support for wireless charging.

Previous Huawei Maimang 7 To Be Announced on September 12