Although LG Electronics has withdrawn from the smartphone business, other LG departments still performed strongly. Today, LG Chem announced that it has developed a new foldable display coating material that can make the screen panel appear as strong as glass, but at the same time have flexibility like plastic.

In addition, another advantage of the new coating is that it effectively reduces creases. Due to folding problems, the folding screen models of Samsung and Huawei have been criticized by consumers. So we think that the new material should avoid too obvious creases. 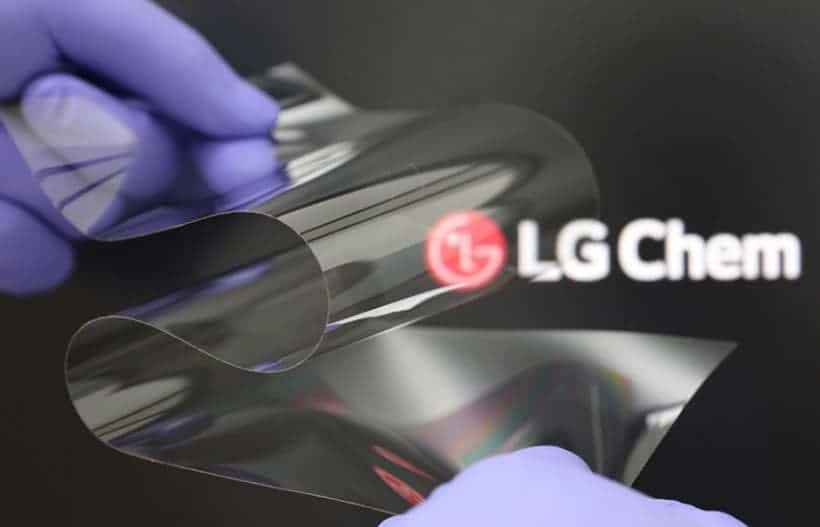 LG’s new folding technology can fold inward or outward, and is very versatile. LG Chem said that this new display coating does not contain plastic components. This simply means that current mobile phone manufacturers can now replace their foldable displays with new materials without the need for major design changes.

LG Chem calls the panel Real Folding Window. Manufacturers will use this coating material as a transparent PET film (a thermoplastic polymer resin). Manufacturers only need to add a few micrometers of new material on both sides of the board. The screen factory can produce a heat-resistant panel similar to plastic, thereby achieving better durability.

By the way, colorless polyimide (CPI) films have been used as an alternative to glass displays. But this material is prone to scratches and creases. Plus, they are not transparent enough in comparison to glass displays.

In its turn, Samsung Display has already commercialized ultra-thin glass (UTG). The latter offers many advantages over plastic or silicon. The UTG is scratch-resistant and bendable and shows no signs of fatigue.

LG Chem claims that the new glass hard coating will also be very reliable. It has passed 200,000 folding tests and still maintains durability. However, the problem is that the new folding coating is difficult to mass produce in the near future. The company stated that they may achieve mass production as early as 2022.

Jang Do-gi, vice president and department head of advanced materials, said that Real Folding Window coatings are a step towards solving the problems (creases and durability) that customers find in today’s foldable products. New technologies will first appear on mobile phones, and then on laptops and tablets.

“We are receiving many proposals from our clients for joint projects,” said Jang Do-gi. “We will strengthen partnership with smartphone makers and tap deeper into the laptop and tablet PC markets that are expected to increase application of foldable technology.”

Next Samsung To Create 576-megapixel Sensor By 2025