The Month of October will be busier than we had thought, as there are already more than enough product launch events scheduled for that Month. While virtually all events lineup for October are from big industry players, a new product from a not too popular brand – Panasonic could be released in the month in view.

To this end, Pansonic has issued media invite for a lunch event tipped to hold on October 4th in India at exactly 11.30 local time. The invite has the tag “A new World awaits you”, “Get ready to live the AI life”

Although there is the hint that it would be unveiling a powerful smartphone with the iPhone X-like cut out, and some AI features, it doesn’t seem to give away many clues as to what exactly it plans to unveil. However, there are speculations that the company might be planning to give the premium smartphone segment a trial first with two flagship devices, as it always pushed out entry-level and mid-priced smartphones in the country. 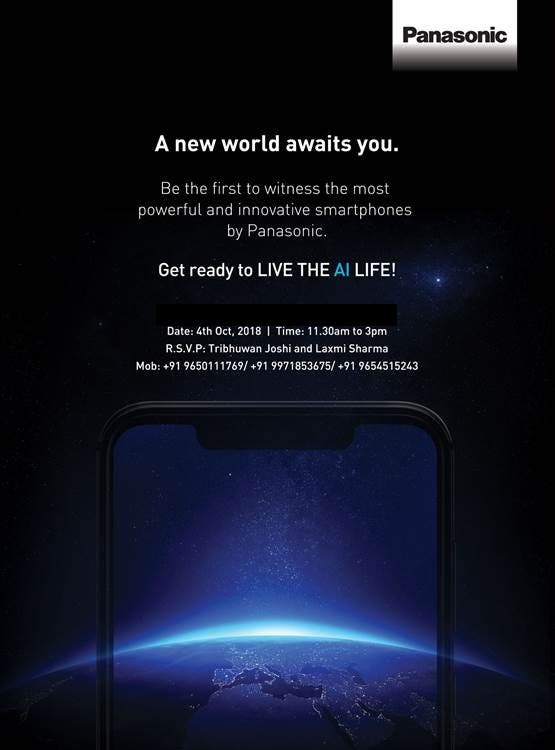 Specifically, a recent report from IANS says Panasonic mobile India head had revealed that its company will in the coming days unveil two smartphones with stainless steel body along with top-of-the-line specifications, company’s own AI-based virtual assistant ‘Arbo’ and wireless charging.