According to Bloomberg News, Yunmi Technology, which provides Internet appliances to Chinese smartphone giant, Xiaomi, raised $103 million in the US initial public offering.

On Tuesday, Yunmi said in a statement that the company, which was established four years ago, issued 11.4 million American depositary shares at a price of $9 per share, the low end of the issue price range of $9 to $11.

According to regulatory documents, Xiaomi, which raised $5.4 billion in Hong Kong IPOs in June, is a strategic partner, shareholder and ‘most important customer’ of Yunmi Technology. Sequoia Capital is also one of the important investors in Yunmi. Yunmi Technology completed the A round of financing in 2015, including Xiaomi. 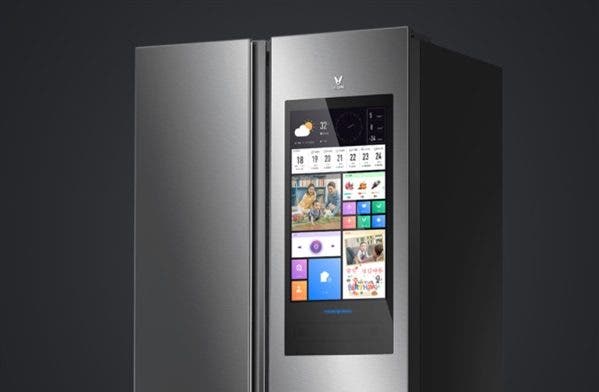 The Xiaomi Yunmi 450L IoT Refrigerator acts like a central hub from which all other connected IoT devices can be controlled. In other words, you can activate a vacuum cleaner, put on/of a smart light, unlock/lock a smart door and many more operations from this refrigerator. This device is equipped with a 21-inch IPS touchscreen from which all actions are carried out and observed.

The Xiaomi Yunmi 450L IoT Refrigerator comes with vioBrainTM system which gives it the ability to remind you of your routine and also make suggestions for you based on your usage. You can shop with one click on this refrigerator and it also permits audio and video entertainment functions. All operations can be done using voice dialogue.

In 2017, Yunmi’s net profit was $14 million and net income was approximately $132 million. The company plans to use the proceeds from its initial public offering for research and development, sales and marketing programs, potential strategic investments, acquisitions, and general corporate purposes.

The starting line of Yunmi was led by Morgan Stanley and CICC. The shares of Yunmi will be traded on NASDAQ under the code VIOT.

Next Grab 35 Euros Discounts for these Amazon Lightning Deals